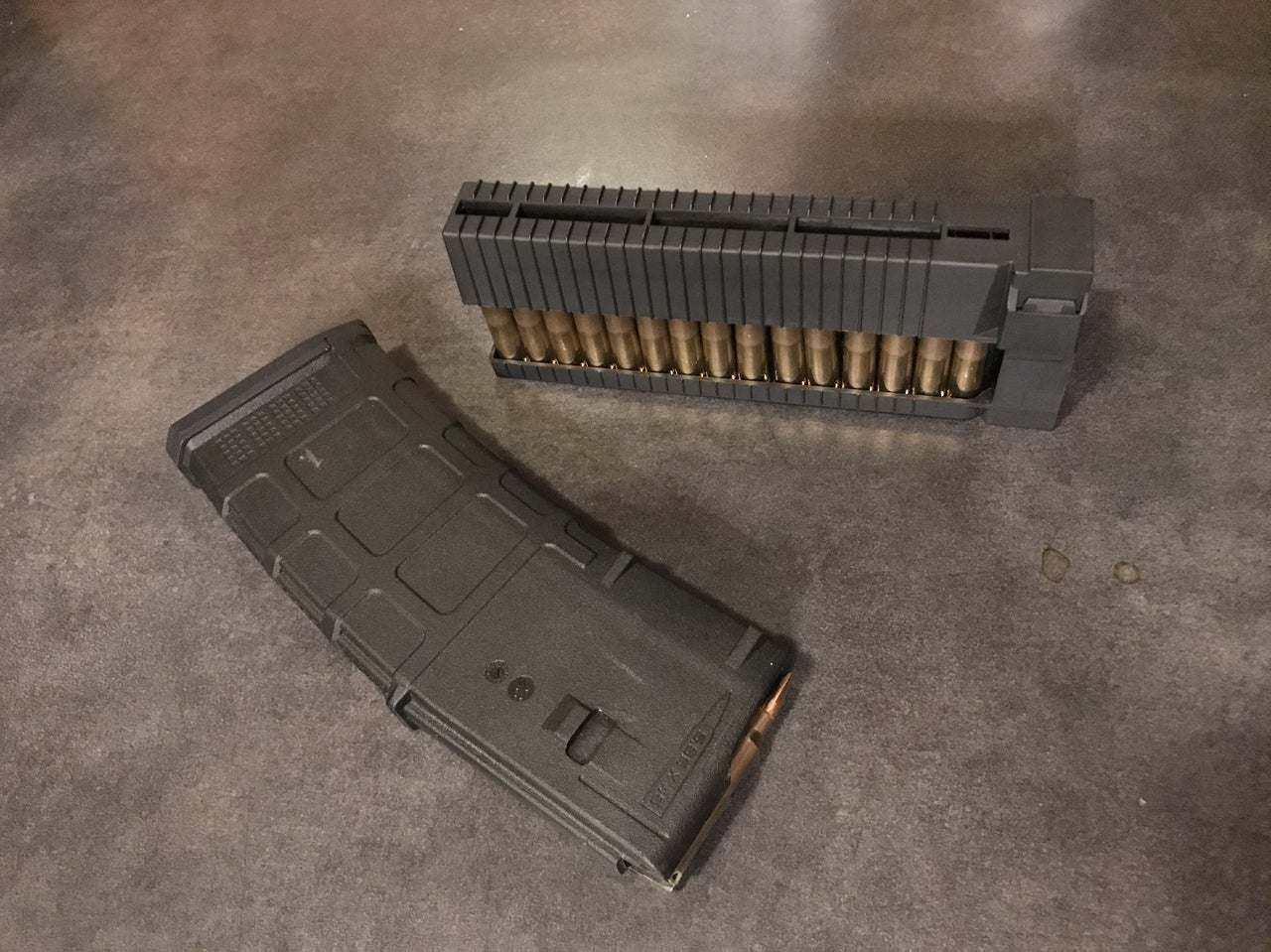 Venandi has developed the CPT (Cartridge Package Tactical) – an innovative patented concept that enables the user to load ammunition into the magazine quickly and easily.

We have an extensive military background and, based on years of training and operations, developed the CPT to give military and law enforcement operators a distinct advantage during critical missions.

The CPT is an innovative and disruptive tool that allows operators to load a 30-round magazine in just 4-8 seconds, offering a significant advantage over hand-loaded or even a stripper clip mechanism.

The tool has been developed, tested and validated and can be trusted for loading magazines in a fast and efficient way, both in training and on the battlefield.

The CPT means magazines can be loaded quickly and under stressful conditions, including with gloves. It allows users to load 30 rounds in just a few seconds, compared to the normal packaging of ammunition, which takes 1-2 minutes, or to stripper clips which take around 40 seconds.

CPT comprises two rows of cartridges made of nylon and can be produced in a plastic mould converting unit.

The mouth portion of the cartridge package is identical in both sub-compartments, which are separated by a flexible intermediate wall. This construction makes it possible to load either row of cartridges first.

The loading of ammunition from the CPT to the magazine is quick and hassle-free and can be made using another CPT or a magazine.

A wide range of magazines configurations can be used, including, STANAG Metal Magazines, Magpul PMAG and EMAG, and Lancer.

Additional calibres can be developed to service different requirements and markets.

Advantages of using the CPT:

The CPT offers both tactical and operational advantages to military personnel and can be tailor-made for easy identification of the type of ammunition based on colour coding.

The CPT for the military and law enforcement purpose is single use and Venandi offers to collect used CPTs for recycling. We also offer the possibility of converting existing ammunition stocks into CPT.

The tool is currently being tested by several military and law enforcement units globally, as well as civilian instructors and sports shooters.

Given demand from the end-users, ammunition manufacturers will have the CPT as a delivery option of their packaging to their clients.

A simple and cost-effective solution, the CPT has a marginal impact on the cost of ammunition, especially when providing a new solution for existing and potential clients.

Development of the CPT

The inventor of the CPT was an instructor in the Special Intervention Teams of the Finnish Border Guard, mostly working in developing border surveillance and special unit training and operations.

As a specialist, he worked with and tested a substantial range of firearms as well as vast amounts of ammunition, whenever a new weapons system was being considered. Throughout his career, considering both training and testing, has resulted in the loading of substantial volumes of magazines.

Understanding the need to have more efficient and an easier way of loading magazines, he began to develop ideas on how to find a solution.

Uptake of sustainable fuels in defence to be determined by geography