Army Technology lists the top tweeted terms on military and security trends in the third quarter of 2019, based on data from GlobalData’s Influencer Platform.

Two of the popular military and security tweets relating to drones during the Q3 were on drone attacks in Saudi Arabia and Boeing’s aerial refuelling drone test flight. 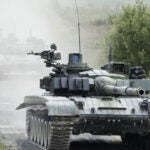 Boeing successfully flight-tested its MQ-25 Stingray, an aircraft carrier-based aerial refuelling drone for the first time. The test was conducted at MidAmerica St. Louis Airport in Mascoutah on 19 September 2019.

Everything We Know About The Drone Attacks On Two Saudi Aramco Oil Facilities Yesteday: https://t.co/zIEql4QWfh pic.twitter.com/tnEeWSOzdI

Two of the popular developments that mentioned the term nuclear during the third quarter were Russia’s new nuclear-powered aircraft carrier concept and an estimate on nuclear weapons with countries worldwide.

SIPRI’s Yearbook 2019 estimates that nine nuclear-armed nations held approximately 13,865 nuclear weapons at the beginning of 2019. Despite a decline in the stockpiles of nuclear warheads, the countries continue efforts to upgrade their nuclear weapon capabilities.

The BrahMos-A supersonic cruise missile is expected to enter service with the Indian Air Force (IAF) in late-2019. The IAF recently test-fired the BrahMos-A missile from a Su-30MKI multi-role fighter.

Two short-range ballistic missiles were test launched by North Korea from the Sondok area in South Hamgyong. The test-firings followed the bilateral military exercises conducted by the US and South Korea.

BREAKING: With one final test (third) of the BrahMos-A by September, the missile is on track for induction into the Indian Air Force later this year. A detailed update here with BrahMos Corp’s Praveen Pathak at #IMDS2019: pic.twitter.com/QhaXi1xurE

The UK Royal Navy test-fired the Martlet lightweight multi-role missile (LMM) from the DS30M Mark II cannon mount aboard a Type 23 frigate. The LMM has a maximum range of 8km and can engage multiple small and hard-manoeuvring targets such as speed boats, kamikaze craft, jet skis, unmanned surface vessels, and unmanned aircraft.

Another popular news story concerning the Royal Navy on Twitter was that the Royal Navy’s Type 23 frigates will be fitted with new MTU 12V 4000 M53B diesel engines as part of the life extension refit program. The refits are scheduled to be completed by 2024.

The Pentagon is also considering the expansion of its stealthy long-range cruise missile reserves to be used in the possible event of a war with Russia or China. In response to the demand for such weapons, Lockheed Martin started construction on a new missile production factory in Alabama.

The Pentagon Is Looking to VR to Prepare Troops for Nuclear War https://t.co/zHdJfP3DWD pic.twitter.com/MpREPyv76L

Marshall Aerospace received a contract from the US Navy to conduct maintenance and modifications to a C-130J Super Hercules aircraft. The used aircraft was recently acquired by the US Navy from the UK Ministry of Defence.

The Yusang-ni missile operating base is reported to house ICBMs with first strike capabilities against the United States. How does Yusang-ni stand out among North Korea's matrix of secret missile bases? https://t.co/Q4pO1sGlRe pic.twitter.com/cQKM30yqqm

Led by the US, NATO announced the end of the Intermediate-Range Nuclear Forces (INF) Treaty, accusing Russia of violating the treaty. The decision followed the deployment of nuclear-capable SSC-8 missile system by Russia.

NATO spent $918.5bn on defence last year, which is more than 14 times to the Russian defence expenditure in 2018, according to the Secretary General’s Annual Report for 2018.

SABCA and Ilias Solutions entered an agreement with Lockheed Martin to support the production and supply of F-35 fighter aircraft to be delivered to Belgium and partner nations. SABCA will deliver actuation systems for the aircraft, while Ilias is responsible to provide software solutions in support of the F-35 program.

Lockheed Martin interconnected an F-35 fighter, U-2 reconnaissance aircraft, and a ground station during Project Riot, a multi-domain capability demonstration test. The three platforms successfully interchanged the data of a missile-launch, allowing the commander to quickly respond against the threat.

The launch of a new attack submarine and a fatal accident in a Russian submarine were among popular discussions on Twitter during Q3 2019.

Naval Group launched Suffren, which is the first of six Barracuda nuclear-powered attack submarines being built to replace the French Navy’s ageing Rubis-class submarines. Suffren is expected to enter service in 2020.

A fire that broke out in the battery compartment of a Russian submarine caused the death of 14 crew members, it was confirmed by the Russian Defence Ministry. The boat met with the accident when it was taking bathymetric measurements in Russian territorial waters.