The defence industry is going through one of the most challenging periods in recent history. It is characterised by a diverse and continuously evolving threat environment, fast-paced technological, societal and economic change, and levels of uncertainty that have never been so great.

Against this background, the UK Government’s commitment to increase defence spending significantly to meet these threats is welcome, and creates much-needed certainty in the funding of defence and security over the next four years. The UK has one of the largest defence industries in the world and produces some of the most cutting-edge technology available, so this is also a major opportunity for the Ministry of Defence to invest in new capabilities that are best suited to meeting the challenges of the threat environment that we face.

Across the industry we have all been given an opportunity to showcase our innovation and adaptability as we seek to support the government in this endeavour. Whether your expertise lies in shipbuilding, cyber or advanced surveillance capabilities, there is now a once-in-a-generation chance to create our most advanced defence infrastructure that can be developed and adapted throughout its life span.

Notably, as part of this uplift, the government has committed to providing £5.8bn to support research and development for the military. They have also announced that there will be further financial support given to the Future Combat Air System (Team Tempest). The Secretary of State Ben Wallace also announced a commitment to enhancing the Royal Navy ’s fleet with the promise of a class of Type 32 frigates. These will be developed and built alongside the Type 26 and Type 31s previously announced.

Overall, the groundwork this lays for the future of our industry and our Armed Forces is overwhelmingly positive. However, we also cannot afford to look at these opportunities in isolation without thinking of wider obligations that come with them.

Over recent years there has been an explosion in the availability of easy-to-fly, low-cost small aircraft, initially aimed at the leisure and hobby space but increasingly finding use in commercial applications. Their ability to go where it’s hard to send a human operator while carrying high-definition cameras and other sensors makes them an extremely useful platform via which to deliver a very wide range of services into many different sectors.

But any tool can be used for bad as well as good, and with governments caught unprepared for the risks associated with this emerging technology, there exist a number of vulnerabilities that criminals or mischief-makers are able to exploit during this first generation of the UAV , while adequate safeguards and regulations are still only beginning to mature.

There are a broad range of drone threats. There are opportunities for drones to be used as delivery mechanisms for weapons, as platforms for remote surveillance or as part of diversionary and disruptive activities to support operations by criminals, terrorists or protestors wishing to make a point, but at the same time it is crucial for security teams to understand what the real threat is in order to plan effective responses and prepare for the kinds of UAV related activity that could occur. 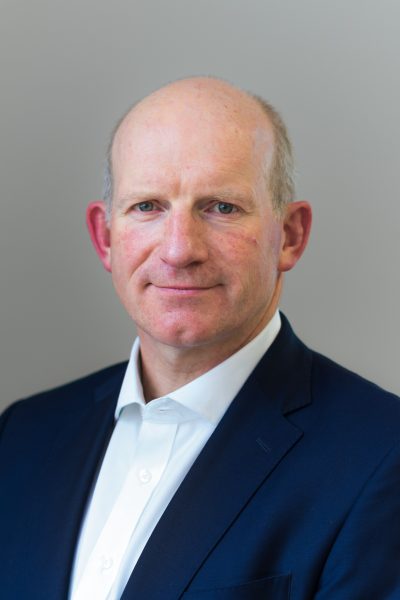 The construction of a highly advanced future fleet is of paramount importance to their seaworthiness and the aforementioned R&D investment should ensure we are able to achieve that, but having the most advanced fleet in the world is meaningless if our adversaries know everything about it.

We are now constantly warned about the increasing threat from cyber-attacks and it is right that we ensure our systems are prepared to prevent these. However, when building platforms on the scale of what is being discussed now, we have to accept that the range of threats to confidential information is much wider.

Take a dockyard for example, where the risks are not just coming from the internet, but the land, the water and, thanks to the ever-increasing prevalence of UAVs, the sky. We need to ensure that we are not leaving ourself open to espionage or disturbance by hostile actors through any of these avenues.

While we have previously had perimeter security that served to effectively monitor the edges of any military base, the way that technology has developed recently has meant that often we are not necessarily addressing the less visible threats.

A modern UAV can take detailed, high-resolution images and video from the sky whilst being small enough that traditional methods of detection will neither see nor hear it. When the protection of our platforms and intellectual property is essential, the idea that we could be literally placing images in our enemy’s hands is untenable.

In many situations, the advance of this technology has resulted in many security systems being developed and introduced in a piecemeal fashion. As a threat has emerged, another platform has been introduced, as it has developed another system has been overlaid to the point where numerous products are constantly overlaying each other, providing a visual overload to those responsible for monitoring.

With the new, increased budget, we should look at this as an opportunity to upgrade our defensive infrastructure, finally integrating our site protection with the advanced systems now available. We should move away from an era of adding an extra sensor every time a new challenge approaches and use systems that can simultaneously monitor the air, land and sea whilst having full protection from cyber threats.

If we are to truly enhance our national security capabilities, we must take a holistic approach that encompasses not just our front-line but all the elements that go into supporting it. It is not enough, in this day and age, to think that the battles are taking place abroad but accept that the threats to our intelligence and security can be taking place on our shores without us ever being aware of them.

So, yes, the news of increasing defence budgets is indeed welcome, but I would also like to encourage the government to look at the bigger picture and ensure that all of our future commitments are protected not just on whilst on deployment, but from their inception.

A look inside the US Future Vertical Lift program

Robots with guns: the fear behind weaponized robots

What the plummeting pound means for UK defence