Six rounds per minute for the first two minutes 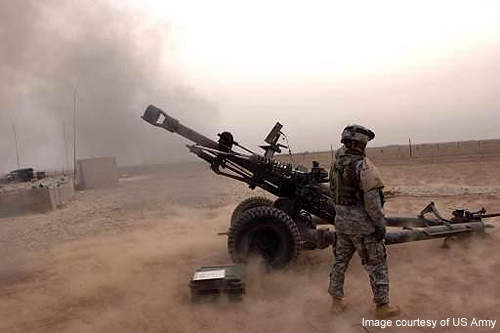 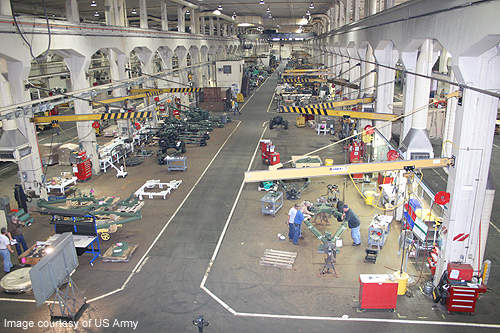 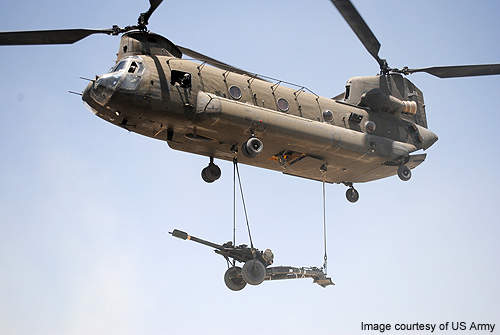 A M119 Howitzer slung under a Chinook helicopter. Credit: US Army. 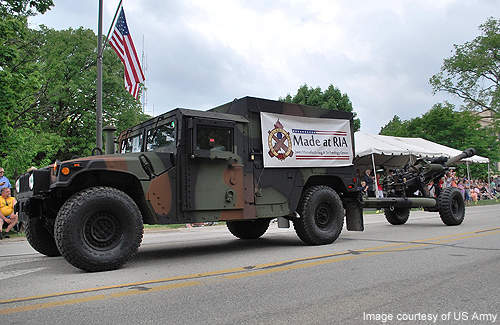 The M119A1/A2 is a lightweight towed howitzer in service with the US Army. The howitzer provides direct and indirect fire support to the forces deployed in combined arms operations.

It is manufactured by the Rock Island Arsenal-Joint Manufacturing and Technology Centre (RIA-JMTC) under joint US/RO (Royal Ordnance) partnerships.

In April 2009, the M119A2 howitzer was fielded in Afghanistan and Iraq by the 4th Infantry Combat Brigade of the 3rd Infantry Division. The M119 is presently used by all regular Army infantry brigades in the 10th Mountain, 25th Infantry, 82nd Airborne and 101st Airborne Divisions. The howitzer also serves the 173rd Airborne Brigade and National Guard field artillery battalions.

The US Army signed a production contract and a license agreement for the howitzer with Royal Ordnance in 1987. The Army received its first delivery in 1989. The first two improved M119A2 production guns were delivered in April 2007.

“The M119 was first deployed in the 7th Infantry Division.”

The M119 was to be removed from service in the fiscal year 2008-2009, but the contracts awarded to the RIA-JMTC were renewed by the US Army for extending the production of M119 up to 2013.

Fort Bragg received the first digitised M119A3 howitzers in May 2013.

M119 was originally designed, developed and manufactured by the Royal Ordnance Company in Nottingham, England as the L118/L119 British Light Gun.

The successful deployment during the Falklands war led the US Army to induct the howitzer into their inventory. The US Army purchased the license rights in 1987 to produce the howitzer by the name M119.

US Army began the Light Artillery System Improvement Programme (LASIP) Block I improvements in 1998. The programme added a new low-temperature recuperator, an improved trail access cover, simplified tail light assembly and brackets to include a chronograph and battery computer system. It also increased the brake diameter and provided scope for improved interchangeability of spare parts, reduced maintenance and increased trail life. The howitzers upgraded under Block I were re-designated as the M119A1.

The LASIP Block II improvements redesigned the elevation gearbox and removed the radioactive tritium from the fire control system. The programme also changed the oil filling and monitoring hardware and installed a new buffer, an improved rammer/extractor tool and a rollbar to minimise damage during air-drop. The M119A1 fleet completed LASIP Block II upgrades in 2004. Howitzers modified under Block II are designated as M119A2.

The M119A3 version is equipped with a GPS-aided inertial navigation unit (INU). The howitzer is also installed with guided-precision system technology which allows it to discover its own geographical location.

The M119 can be easily moved and rapidly deployed in the field to deliver optimum firepower with less combat weight. The howitzer has a lower silhouette and can fire without a recoil pit. It is primarily towed by the high-mobility multipurpose wheeled vehicle (HMMWV). It can be routinely airdropped by parachute and also carried underslung by the  CH-47 Chinook or UH-60 Black Hawk helicopters.