Restrictions on international and national travel to slow the spread of the virus have caused a dramatic fall in global traffic by road, sky and sea.

However, the picture is not uniform across the world. Some cities in the Far East have avoided a total lockdown, and as such have been seeing patterns which are a little closer to the norm.

In order to track the latest situation, this graphic is fed by three key sources. We use Citymapper’s mobility index to monitor public transport use, TomTom’s live traffic index to measure road use, and summary data from FlightRadar24 to count the total number of commercial flights each day. 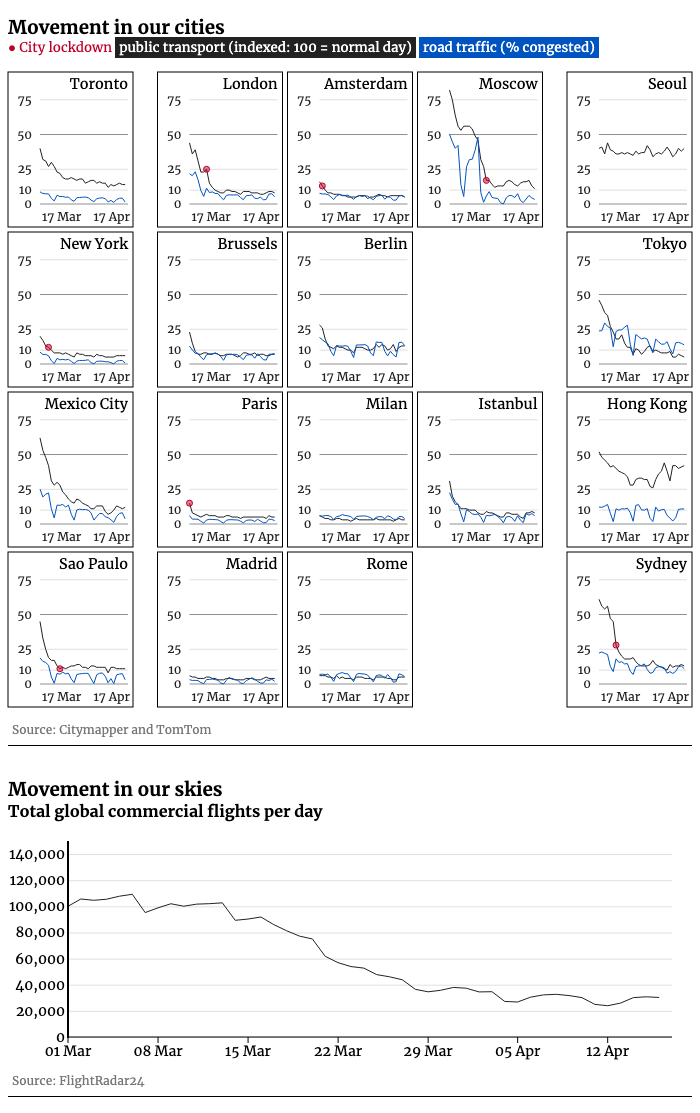 Madrid, Rome, Milan and Amsterdam have now seen public transport use at less than 10 per cent of normal levels for over a month, according to data from CityMapper.

London, Brussels and New York – which locked down slightly later – will soon hit that mark.

Global air traffic remains static at around one third of pre-outbreak levels.

The Electronic Warfare Market in China to 2024: Market Brief