The US Army is aiming to make a Covid-19 vaccine available by the end of this year. Army Medical Research and Development Command Commander Army brigadier General Michael Talley said the target is to start human testing in late summer with widespread distribution next year. Currently, more than 700 Army scientists, researchers and staff at the US Army Medical Research Institute of Infectious Diseases (USAMRIID) are working on developing medical countermeasures against the virus. USAMRIID at Fort Detrick in Maryland is also developing small- and large-animal models to aid vaccine testing.

The 85th US Army Reserve Support Command (USARSC) has performed a virtual Change of Command ceremony due to COVID 19, social distancing and other restrictions in place. The ceremony is a “time-honoured tradition” and was released on social media channels. Army Reserve public affairs staff and First Army Public Affairs Office supported the development of a video package containing a pre-recorded virtual ceremony without physically coming together.

China’s Ministry of National Defence has delivered a second batch of medical supplies to the Lao Army to support the fight against the spread of Covid-19, reported Xinhua. The donated medical supplies package was transported by a Chinese Air Force aircraft that landed at the Wattay International Airport of Lao capital Vientiane. It included ventilators, monitors and other medical assistance. The first batch was handed over to the Lao Army in late April. 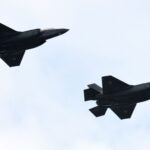 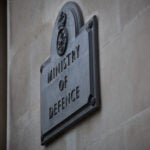