COVID-19 was the third most common cause of death in England and Wales last month, new Office Of National Statistics (ONS) data reveals.

Almost one in ten deaths in March involved Covid-19. The number is an average across the entire month – including the early days before the outbreak took hold – and is expected to be higher in April as the virus spread rapidly. 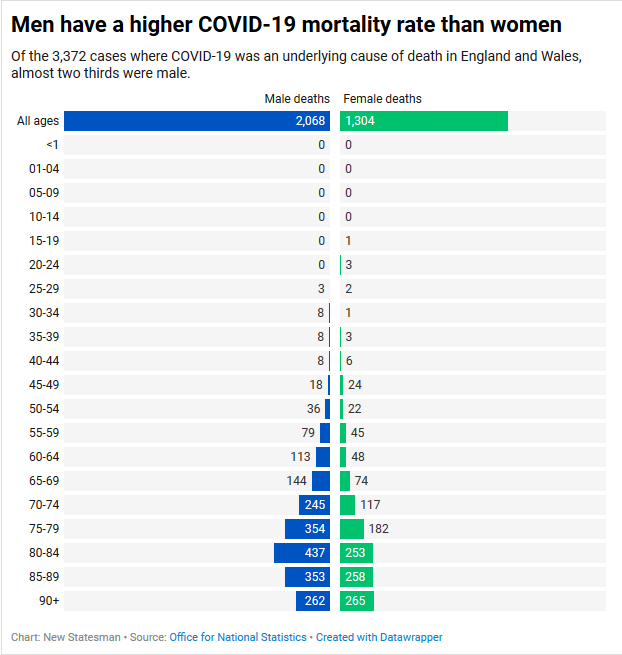 The figures come from an in-depth ONS study of all deaths in March registered up to April 6 where Covid-19 was involved.

Some 14 per cent of those who died had ischaemic heart disease – making it the most common pre-existing complaint, followed by pneumonia, dementia and chronic obstructive pulmonary disease.

Men had a significantly higher rate of death due to Covid-19 – almost double that of women. The data also confirmed that the elderly were disproportionately likely to die, with death rates increasing rapidly from the ages of 55-59 for men and 65-69 for women. Children seem to be virtually unaffected by the disease, with no deaths of people under 15 recorded in March.

20 Jan 2021
Registration is disabled.
We use cookies to ensure that we give you the best experience on our website. If you continue to use this site we will assume that you are happy with it.ContinueLearn more