The mining, oil and gas and automotive industries are the latest to see big falls in the number of active jobs.

The GlobalData jobs index – which counts posts open for application in real-time across the world – shows jobs in the automotive industry dropped by 16 per cent in the last week alone. 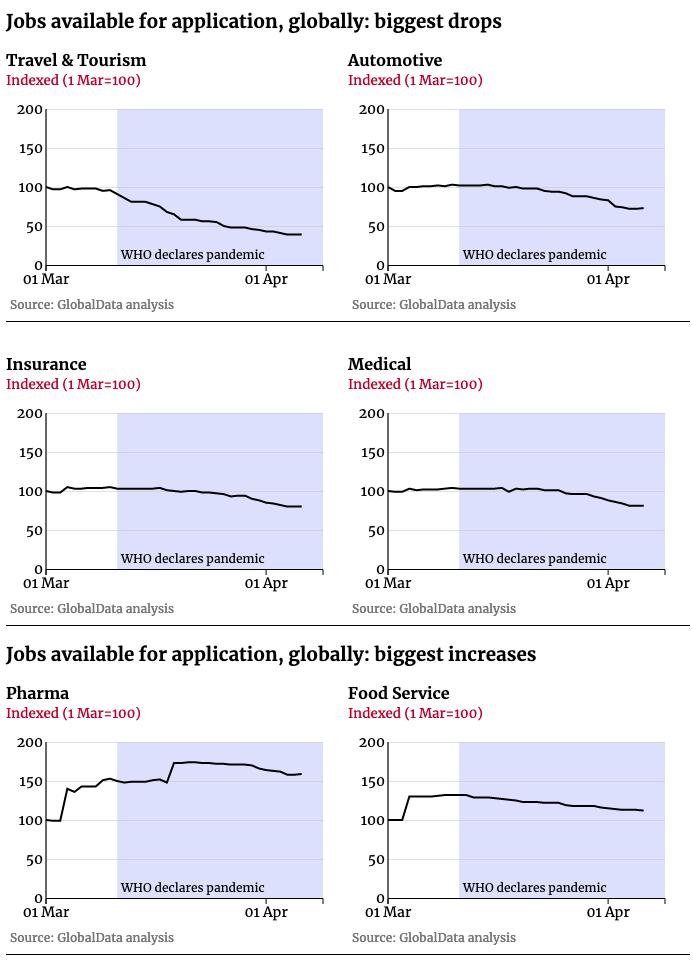 Jobs in mining were down 13 per cent and the automotive industry by 16 per cent. Over a slightly longer time-scale – since March 1 – the automotive, insurance and medical sectors have seen the biggest fall-off in active jobs.

Travel and tourism remains the worst-hit sector, with jobs down by 15 per cent week-on-week, and by a total of 61 per cent since the start of March. However, pharma and food service jobs have seen an increase.