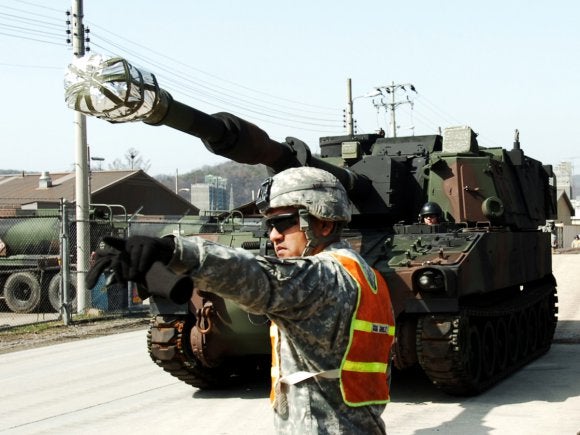 The US and Republic of Korea (ROK) militaries have started the annual computerised command post exercise, Key Resolve 2013, on the Korean Peninsula, despite North Korea declaring the armistice agreement to be invalid.

More than 3,000 US personnel are participating along with 10,000 South Korean troops during the combined land, air and naval exercise, which is scheduled to conclude on 21 March.

The Swedish and Swiss Neutral Nations Supervisory Commission observers will monitor the exercise to ensure compliance with terms of the armistice agreement, according to US officials.

Combined Forces Command and US Forces Korea commander Army general James Thurman said that this year’s exercise represented a major step in advancing the alliance, as it was being planned and executed for the first time by the South Korean Joint Chiefs of Staff.

"They are taking great strides to assume wartime operational control of forces in December 2015," Thurman said.

"They are taking great strides to assume wartime operational control of forces in December 2015."

North Korea has repeatedly called for cancellation of the US-ROK annual joint exercises, arguing that they are a provocation and a prelude to an invasion, despite US maintaining that the drills are aimed at enhancing the alliance’s operational readiness.

Pyongyang had been threatening to nullify the agreement over the past week amid fresh UN Security Council sanctions, and has reportedly shut down a Red Cross hotline that offered immediate communication between the two countries during tensions.

A North Korean Army Supreme Command spokesman was quoted by Rodong Sinmun as saying: "The Korean armistice agreement is to be scrapped completely."

Signed in 1953, the armistice agreement had ended the three-year war between the North and South Korea in a truce, and also maintained peace on the Korean Peninsula since then.

The Cybersecurity Market in South Korea to 2024: Market Brief