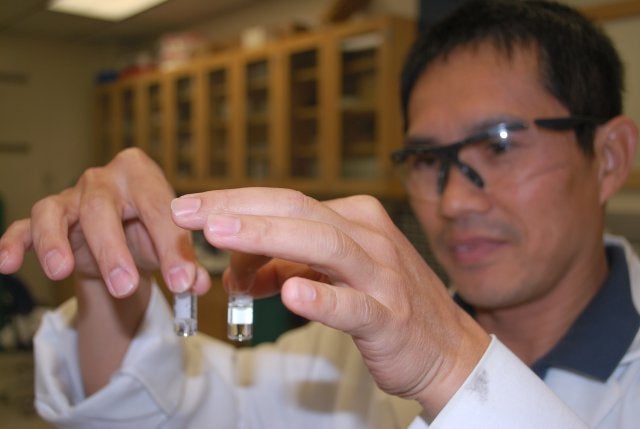 The US Army Research Laboratory (ARL) scientists have partnered with the Communications-Electronics and the Tank Automotive Research, Development and Engineering centres to develop technology for portable prototypes for conversion of Jet Propellant 8 JP-8 to clean hydrogen for fuel cell applications.

Widely used by the army to power aircraft, tactical ground vehicles engines and electrical generators, JP-8 however has some problems, such as extensive logistics supply chain and high cost for force protection of convoys.

"Our challenge is how can we remove the many impurities in JP-8 so it can be effective in a fuel cell?" Chu said.

Despite costing roughly $15 per gallon, the fuel’s cost reaches hundreds of dollars by the time it is moved to and around operational locations, according to Chu.

Chu further noted that for the army the smallest gain in efficiency is important. However, when the concept is fully developed, fuel cells may yield huge gains, potentially doubling the efficiency of diesel generators.

"When the concept is fully developed, fuel cells may yield huge gains, potentially doubling the efficiency of diesel generators."

US Army Research Laboratory electro-chemistry scientist Dr. Dat Tran said JP-8 was a complicated and dirty fuel, due to the presence of sulfur that can hurt the fuel cells.

"Sulfur has many different compounds that behave differently. The compounds in sulfur make it hard to find an agreeable material," Tran said.

Working as part of the army team, Tran has at least tested 300 different combinations of materials that can lower the sulfur concentration in JP-8 over the past four years.

The army has been exploring fuel cells since the 1960s realising its potential for increasing efficiency, but is facing a challenge to develop a portable, quick and easy-to-use fuel reformation process for better energy conversion.

The high-efficient fuel cell systems are primarily expected to reduce logistical supply during deployment to foreign locations with no infrastructure and limited supplies.