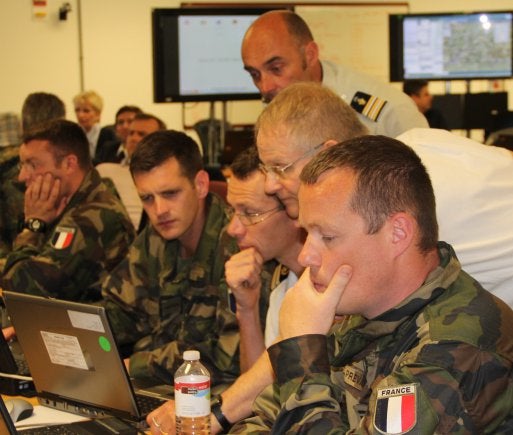 The US Army Project Manager Mission Command has conducted a coalition experiment to validate future network structures, designed to provide better interoperability for coalition ground forces at Aberdeen Proving Grounds in Maryland, US.

Conducted as part of the 5-Powers Net-Centric agreement, signed between the US, UK, France, Germany and Italy, the experiment was also aimed at determining performance inadequacies, to prevent fratricide and increase continuity of operations.

The experiment was supported by the US Army Research, Development and Engineering Command’s communications-electronics RD&E center (Cerdec), which helped the command assess interoperability of the National Command and Control Information System.

The experimentation and interoperability support provided by CERDEC also enabled the army to develop road map with capacities, performance assessments and recommendations for future systems.

"When information is translated between different interfaces, problems can arise that degrade the integrity and accuracy of the information. We have to make sure the quality and integrity of those messages stay intact as they move from one country to another," Grippo added.

According to Grippo, the experiment will help in determining interoperability gaps and also to find out whether the specifications, national implementation or the technology itself is contributing to those gaps.

The results will eventually be employed to enhance situational awareness, understand and utilise coalition resources, avoid duplication of coalition efforts, as well as to increase flexibility of functionality to develop the future combat systems of 2015 to 2025.

Image: US Army CERDEC officials during coalition interoperability experiment at Aberdeen Proving Grounds in Maryland, US. Photo: courtesy of the US Army.

The Military Infrastructure and Logistics Market in the United States to 2024: Market Brief