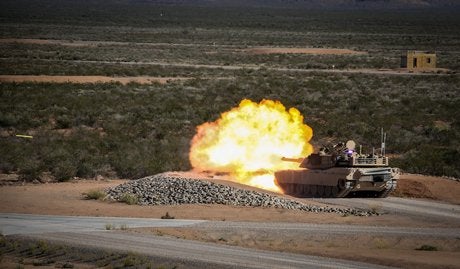 The US Army has taken delivery of the first digital range training system (DRTS) contracted by Lockheed Martin, which will be used to support live fire gunnery qualifications of armoured vehicle crews.

Delivery forms part of an initial $17.6m order awarded by the US Army’s Program Executive Office for Simulation, Training and Instrumentation (PEO STRI) under the $450m base contract in May 2011.

The newly delivered range, called Digital Range Multi-Purpose Range Complex, has already began operations at Fort Bliss in Texas; while the second, called Battle Area Complex, is scheduled for delivery to the Pohakuloa Training Area in Hawaii, US, in early 2013.

Lockheed Martin Global Training and Logistics business training solutions vice president Jim Weitzel said the DTRS would provide commanders and soldiers with actionable data by capturing imagery and audio inside and outside vehicles from multiple angles.

"The quality of feedback a soldier and platoon receive about their decisions can make the difference for survivability and mission success in the field," Weitzel said.

"The quality of feedback a soldier and platoon receive about their decisions can make the difference for survivability and mission success in the field."

Developed according to the army’s Live Training Transformation standard, the DTRS is designed to provide Abrams main battle tanks, Bradley and Stryker vehicle crews with collective live-fire gunnery training and qualifications in a realistic train-as-you-fight environment.

The range is also capable of integrating live fire with threat, neutral and friendly simulations during individual and crew qualification exercises and platoon-level collective training programmes.

Lockheed is currently developing the third range for delivery to Fort Bliss in late 2013, as part of a $13.8m contract it received in September.