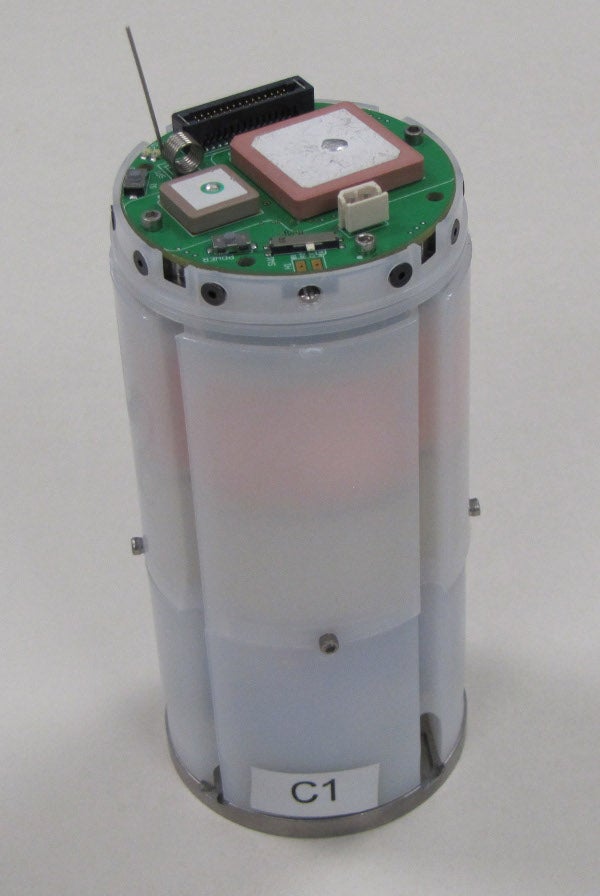 Equipped with unattended sensors and a remote soldier interface, the Global Strike NRT-BDA system is designed to provide soldiers with prompt reporting of battlefield conditions during reconnaissance operations.

Intended to be air deployable, the sensor features a chemical agent detector similar in shape and size to a soft-drinks can, for accurate detection of chemical agents and other threats, in addition to seismic activity.

Already tested from a P-3 Orion aircraft at 1,000ft altitude, the sensor is equipped with an accelerometer that triggers release of the cap and small parachute, as well as spring-loaded legs, which pop open enabling it to sit upright soon after landing.

A GPS tracking device is also fitted to initiate the detector’s start sequence allowing threat detection, followed by transmission of the information to a satellite and eventually to troops manning a soldier interface located a few thousand miles away.

Previous Global Strike NRT-BDA system versions featured a GPS antenna, an iridium antenna for data transmission, as well as a short-range communications antenna, which are not required in the latest variant.

ECBC is planning to extend the system’s operational time to several days, as opposed to the existing four to six hours.