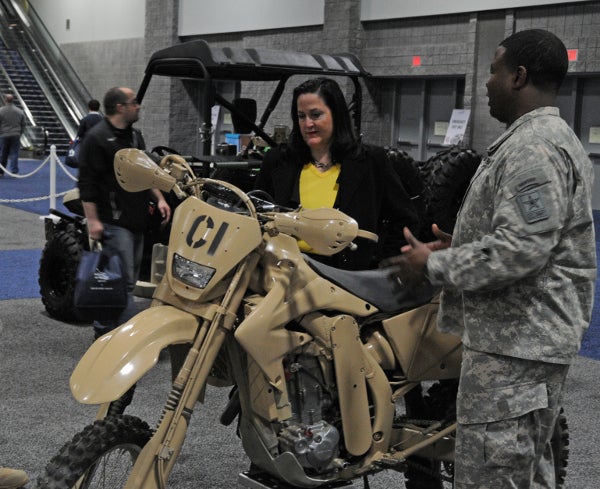 The US Army is collaborating with the automotive industry and utility companies to help accelerate production of more energy-efficient and high-performance vehicles.

Speaking at the 2013 Washington Auto Show, US Army Installations, Energy and Environment assistant secretary Katherine Hammack said the military’s initial analyses for future vehicles were promising, even though the majority of production efforts are currently under the research and development stages.

The technology is scheduled to be rolled out to the field in the next three to five years, Hammack added.

Joint R&D activities are currently being carried out by the army and Detroit Arsenal in the areas of enhanced battery and tire technologies, use of lighter structural materials, improved engine efficiencies, and more efficient drive and braking systems at the army Tank Automotive Research, Development and Engineering Center (Tradec) in Michigan, US.

In addition, the army is planning to partner with utility companies in order to evaluate plug-in electric (PEV) vehicles, which will be capable of resupplying power to the grid when idle, according to Hammack.

"The technology is scheduled to be rolled out to the field in the next three to five years."

A partnership agreement has also been signed with the US Department of Energy (DOE), which has conducted extensive research into applications that might be useful for the proposed vehicles.

The army has recorded 28.5% reduction in petroleum consumption of its vehicle fleet in the past two years, and is looking to achieve a 30% total reduction in the next two years.

Investment in hybrid, electric and natural gas vehicles, in addition to reduction in the number and size of vehicles for alignment with mission requirements, are the contributing factors, Hammack said.

The army is also validating hydrogen fuel cell vehicles, developed as part of the Hawaii hydrogen initiative in an effort to streamline compatible renewable energy development and reduce reliance on fossil fuels.