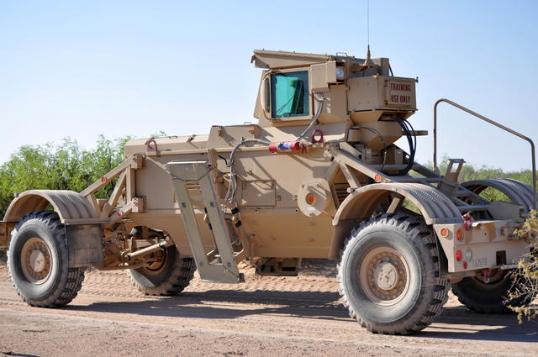 Awarded along with a $161m initial instalment, the IDIQ contract enables the army to acquire spares and replacement systems to replenish its theatre sustainment stock.

The contract is also expected to serve future system requirements for the army and US Marine Corps (USMC), as well as the other global foreign military sales (FMS) programmes.

HMDS features four large VISOR 2500 ground-penetrating radar, computer and monitoring system panels, along with a GPS that provides the operator with 2D and 3D views of objects buried under the ground.

The vehicle has successfully detected pressure-plate IEDs prior to their detonation in a wide range of road surfaces and soil conditions, since its deployment to Afghanistan in early 2008.

More than 240 systems have been ordered to date by the US and Canadian militaries, of which a significant number are already supporting US peacekeeping missions worldwide.