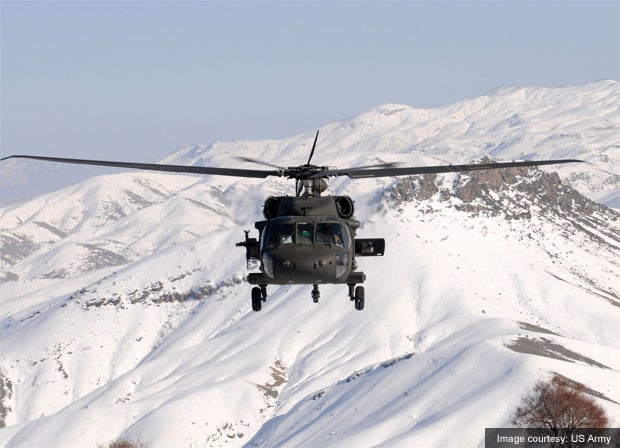 The in-country depot level repairs are being provided as part of an annually renewable contract signed with Colombian Army Aviation for delivery of scheduled and unscheduled maintenance services for its Black Hawk fleet.

Work on the helicopters is aimed at ensuring provision of sustained support for Black Hawk fleet operations, as mandated by the army.

SAS sales and strategic relationships vice-president Frank DiPasquale said the company’s ability to support the operational readiness of the Colombian Army reflected its efforts to ensure national order and security.

"The capacity to perform these repairs in-country will represent significant savings to our customer and underscores our ability to be a full life-cycle service provider," DiPasquale said.

Colombia is the fourth largest Black Hawk operator globally, with a total of 100 helicopters in use with the army, air force and national police, for air assault, reconnaissance, medical evacuation (MEDEVAC), disaster relief, anti-drug, and counter-insurgency missions.

Image: A UH-60 Black Hawk helicopter during its flight. Photo: courtesy of US Army.