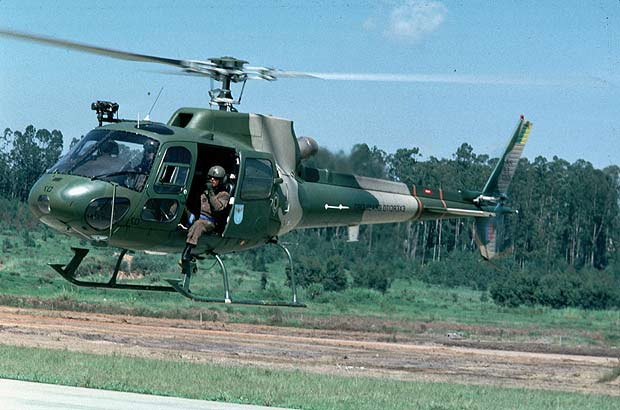 Safran Engineering Services has been selected as system integrator for the avionics systems modernisation of the Brazilian Army’s AS350 L1 Esquilo and AS550 Fennec multi-purpose military helicopters.

The selection by Helibras includes supply of the installation design and full integration of multiple avionics communication and navigation systems, including a new SAGEM-built glass cockpit system and integration of the auto-pilot system into the helicopters.

Safran Engineering Services general manager Ricardo Varela said the company was fully committed to support Helibras on the strategic project through its unique engineering and certification capabilities, and is also looking to establish a long-term partnership in future.

In addition, the company will support Helibras during the Denton County Transportation Authority (DCTA) certification of the helicopters.

Safran Brazil programmes senior vice-president Gérald Farrenc said: "This selection is the first stand alone contract of engineering for Safran in Brazil and widens our long-term partnership with Helibras already developed through Turbomeca and Sagem companies."

"This selection is the first stand alone contract of engineering for Safran in Brazil and widens our long-term partnership with Helibras already developed through Turbomeca and Sagem companies."

The Brazilian Army Aviation Command’s Fennec and Esquilo helicopters are currently under a modernisation programme carried out at Helibras’ facility in Itajuba, Brazil.

New flight crew seating with energy absorption and height adjustment capabilities, improved ballistic protection for greater safety, as well as new weapon systems are also being integrated as part of the programme, which is expected to be compete in 2018.

Primarily used for utility transportation, the Fennec and Esquilo helicopters can also be equipped for anti-tank, air-to-air combat, ground support and training missions.

Image: The AS550 Fennec helicopter in service with the Brazilian Army. Photo: file image.

The Military Rotorcraft Market in Brazil to 2025: Market Brief

The Military Aircraft Market in Brazil to 2025: Market Brief

The Military Aviation Market in Brazil to 2024: Market Brief