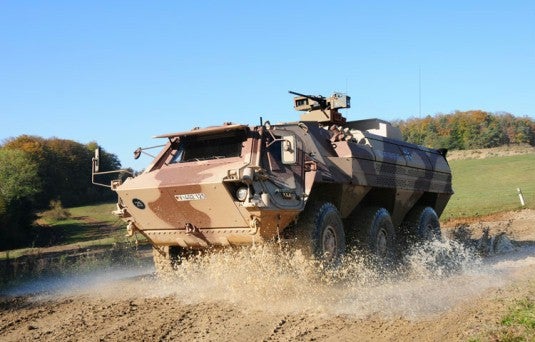 Rheinmetall Defence has received a contract to upgrade the Germany Army’s additional Fuchs/Fox armoured personnel carriers (APCs) to the latest 1A8 configuration.

The €36m contract from the Federal Office of Bundeswehr Equipment, Information Technology and In-Service Support (BAAINBw) will cover upgrade of 25 vehicles, bringing the total number of vehicles being modernised by the company to 177.

"The Fuchs/Fox 1A8 is primarily deployed for operations in Afghanistan."

The vehicles are expected to be used by the army in support of deployed operations abroad and also for special pre-deployment training at home.

Featuring enhanced reliability and excellent off-road mobility, the Fuchs/Fox 1A8 is primarily deployed for operations in Afghanistan.

As well as offering increased protection from ballistic fire, the vehicle also boosts soldier’s defence against landmines and improvised explosive devices (IEDs) compared to earlier variants of the vehicle.

The vehicle’s infantry section is fitted with an unmanned weapon station to provide crew members with enhanced self-defence capability, and a substantially higher level of protection against other battlefield threats.

Having already shipped 123 vehicles from previous contracts by February, the company is set to start delivery of new vehicles later this year, for scheduled completion in 2016.

Image: The Fuchs/Fox 1A8 vehicle is primarily used by the German Army in Afghanistan. Photo: courtesy of Rheinmetall Defence.