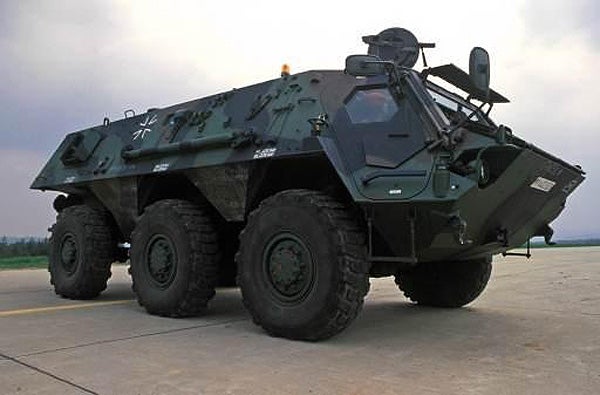 Under the terms of €55m contract, the company will deliver 418 LAZ 200 and 275 LAZ 400L sensors for installation on around 700 remote control weapon stations (RCWS) on different vehicle types.

The contract has been awarded as part of a Bundeswehr procurement programme, which aims to significantly improve self-defence capabilities of numerous vehicle types, in addition to enhancing their night fighting capabilities.

Serving as the central element of the RCWS’s electronic fire control unit, the sensor is capable of helping vehicle crew in target recognition, tracking and engagement in the battlefield.

The legacy weapon systems can be operated only with the hatch open in unprotected mode.

Manufactured at the company’s Ismaning plant, the LAZ 200 is a compact and lightweight sensor unit that features a thermal imager with three fields of view in non-cooled or cooled modes and a high resolution CCD daylight camera.

The advanced LAZ 400L model is equipped with a cooled thermal imaging device with enhanced night-vision capabilities, an eye-safe laser rangefinder, as well as operator interface and display devices that comprises an integral part of the overall weapon station system.

Deliveries under the contract are scheduled to continue for the next four years.