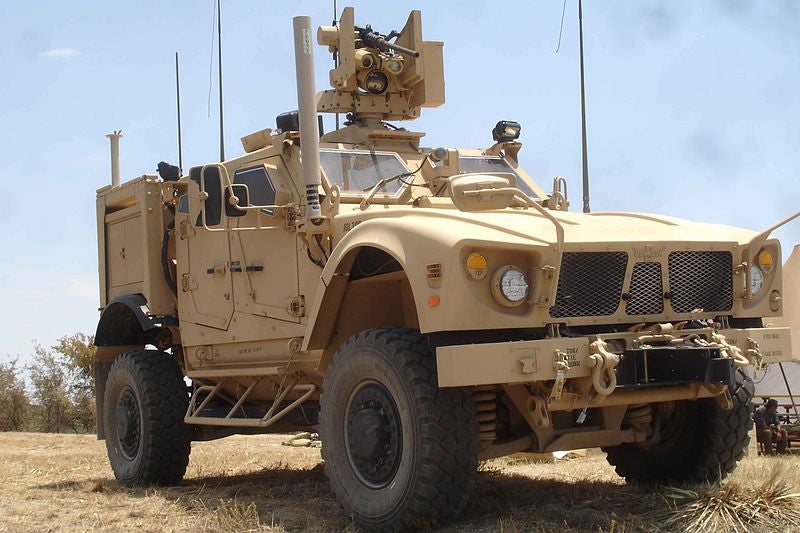 Oshkosh has been awarded a contract for the delivery of its Mine Resistant Ambush Protected All-Terrain vehicles (M-ATVs) to the UAE Armed Forces.

Under the terms of the contract, the company will supply a total of 750 vehicles to help enhance the country’s ground operations by offering greater off-road mobility and crew protection to support national security.

The vehicles will also be employed by the armed forces to support critical missions related to the security of the Middle East and the broader community of nations.

"No vehicle has been more effective in supporting ground operations, from urban security patrols to combat in harsh desert and mountainous terrain," Buchakjian said.

"As we produce and deliver this exceptional vehicle to the UAE Armed Forces, we are equally committed to providing long-term service and to supporting those who rely on our M-ATVs to achieve their missions."

"No vehicle has been more effective in supporting ground operations, from urban security patrols to combat in harsh desert and mountainous terrain."

Oshkosh Defense president and Oshkosh Corporation executive vice president John Urias added that the UAE was central to the company’s international growth strategy, as it continue to expand its role in regional security and peace-keeping operations, in partnership with its allies, including the US.

The contract also allows additional vehicles orders at the discretion of the customer, and the deliveries are scheduled to take place between January and August 2013, pending standard regulatory requirements.

Based on the Oshkosh medium tactical vehicle replacement (MTVR) platform, the M-ATV is a high-mobility, high-protection armoured vehicle designed to deliver enhanced survivability and off-road mobility in harsh desert and mountainous terrain.

More than 9,500 M-ATVs have been delivered by the company to the US forces and several customers worldwide.

The Military Radar Market in the UAE to 2024: Market Brief