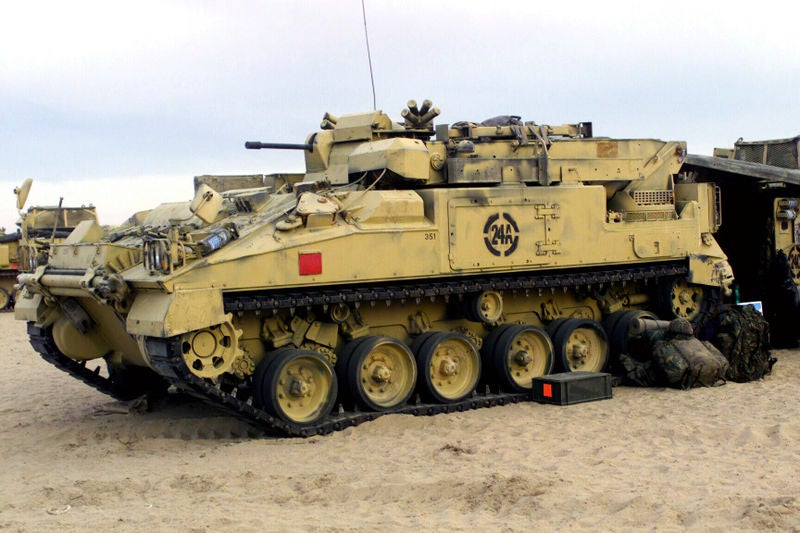 Lockheed Martin has taken delivery of turret test systems (TTS) from Moog Industrial Group to evaluate stabilisation of military vehicles at its facility at Ampthill, UK.

The system will be used for validation of turret stabilisation systems of the UK Army’s Warrior infantry fighting vehicle (IFV), as part of the Warrior Capability Sustainment Program (WCSP) and Scout IFVs.

The enhanced turret is integrated with a 40mm cased telescoped gun requiring optimisation of gun aiming and stability performance during manoeuvres for simulation of a typical battlefield mission.

Previously, such trials were carried out on an external remote test track or proving ground, requiring engineers to adjust the gun aiming and stability settings in less-than-perfect conditions, which limited their work, in addition to making it difficult to consistently replicate dynamic motion inputs.

"The user-friendly system can precisely reproduce time history files recorded by a vehicle on a test track using its replication module in a controlled in-house environment."

Capable of handling a turret weighing up to 53,000lb, the system features a six degrees-of-freedom (DOF) motion base, control cabinet and replication module of the Moog integrated test suites software.

Also present is a motion base system, which has been designed to deliver desired dynamic performance with up to 17,500lb payloads, and also facilitate installation of an actual turret or a remote weapon station (RWS).

In addition to addressing particular excursions, velocities or accelerations requirements, the user-friendly system can precisely reproduce time history files recorded by a vehicle on a test track using its replication module in a controlled in-house environment, saving time and enhancing the test results reliability.

The 24/7 laboratory testing enables the engineers to perfect the optimum vehicle set-up for combat readiness, saving money on putting a fully operational vehicle on a test track and working in a confidential environment.