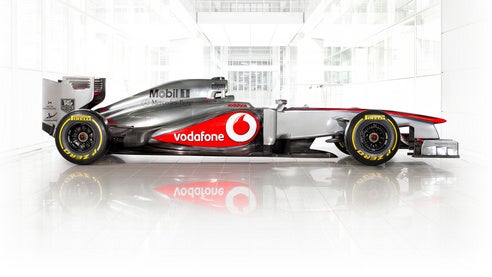 BAE Systems Detica has entered into strategic partnership with McLaren Group to safeguard its information and advanced technology from targeted cyberattacks.

The company will use its recently launched security product, Detica CyberReveal, to protect McLaren Group's intellectual property (IP), which is critical to maintaining its competitive advantage and warrants advanced protection, against sophisticated targeted attacks.

"Like many other organisations, Vodafone McLaren Mercedes strives to protect its information assets and our use of Detica's cyber technology has significantly reduced that risk," Whitmarsh added.

“Commercial enterprises are increasingly being compromised by covert cyber attacks, which can remain unchecked and undetected for long periods. So our partnership with Detica has been instrumental in ensuring the team's IP remains safe and unaltered."

McLaren Racing commercial and finance director John Cooper said: "Commercial enterprises are increasingly being compromised by covert cyber attacks, which can remain unchecked and undetected for long periods. So our partnership with Detica has been instrumental in ensuring the team's IP remains safe and unaltered."

A defence-grade analytics and investigation product, Detica CyberReveal uses a massive scalable platform for detection of underlying behaviours related with sophisticated and customised cyberattacks that typically go unnoticed and unfiltered by legacy methods that look for known attack signatures.

After early signs of potential compromise are detected through monitoring of each event on an organisation's network, the suspicious activity is then prioritised according to the level of risk it poses and investigated by a cyber analysts' expert team from Detica Managed Security Services.

Information is used to thoroughly understand the attacker's behaviours and operational methods, and eventually develop strategies to prevent further attacks.