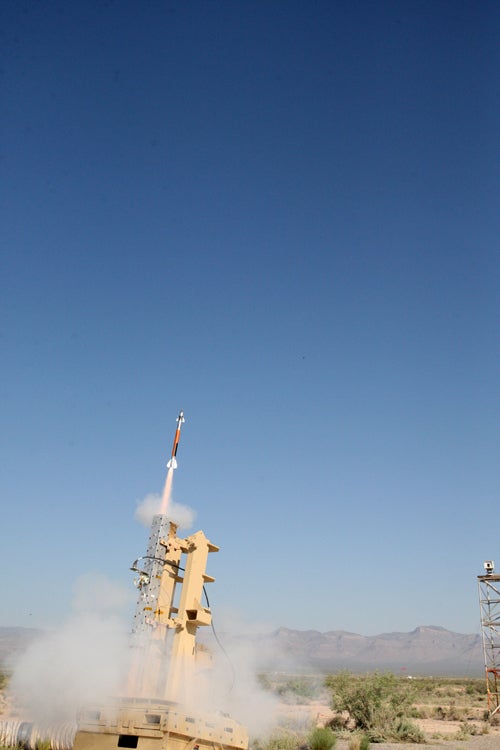 AMRDEC EAPS programme director Loretta Painter said that the test highlighted progress in demonstrating the technologies that will be required for employing the MHTK concept to defeat the RAM threats.

"This flight test provided the programme with critical data, which is now being analysed and the resultant will be incorporated into the system as this effort moves into guided flight tests, intercepting RAM targets," Painter added.

"Providing improved protection to our deployed soldiers and other personnel is extremely important."

"Providing improved protection to our deployed soldiers and other personnel is extremely important; the AMRDEC is very pleased with this test."

According to the company, the collected data will be used to support guided flight tests against live RAM targets, starting in the second half of 2012.

Weighing around 3kg, the system provides soldiers with greater protection and increased flexibility over legacy and temporary systems, by supporting multiple launchers and fire control sensors, as well as defeating targets through body-to-body impact at tactical ranges.