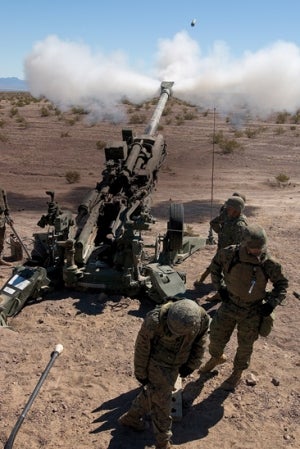 The Indian Defence Ministry has given the go-ahead to purchase 145 M777 ultra light howitzers from BAE Systems, the country's first artillery purchase since the controversial Bofors deal in 1986.

The $660m (Rs.3,000 crore) deal will plug a major defensive gap in the Indian Army's artillery capabilities which have not been added to following allegations of kickbacks surrounding the 1986 deal.

The M777 artillery guns will be procured as part of a foreign military sale and will be used in Arunachal Pradesh and Ladakh and other mountainous regions of India, most likely on the borders with China and Pakistan.

M777 is the world's first 155mm Howitzer weighing less than 10000 lbs (4218 kg) and has already been fielded by the US Army as well as by Canada and Australia, who together have ordered more than one thousand guns.

The lightweight weapons are highly mobile on land, at sea and can be transported by helicopter.

The M777 is normally operated by a crew of eight men but can be operated with a reduced detachment of five.