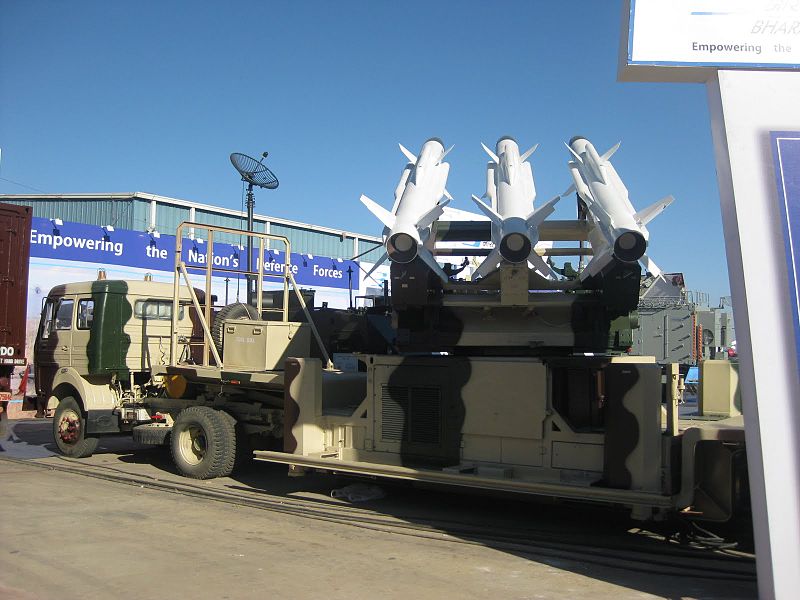 The Indian Army is planning to test launch its medium-range, surface-to-air anti-aircraft missile, Akash from the Integrated Test Range (ITR) at Chandipur, Orissa on May 22nd.

The date was originally set for May 20th, but was put forward to allow for preparations to be completed.

A senior official confirmed that "We have a window from May 20 to 25 for the tests. Preparation has not been completed yet but we hope that everything will be ready by May 22. We have four missiles with us, but would carry out two rounds of tests."

Speaking ahead of the original May 20th launch date Ravi Kumar Gupta, spokesman for the director of public interface at the Defence Rresearch and Development Organisation (DRDO), said that preparations for the launch were in full swing, and the missile being used for the test has been selected.

"This time the missile will target a pilot-less target aircraft (PTA)," he said. "Both the Akash and PTA teams have been camping here for a fortnight now. If everything goes according to the plan, the missile will be test-fired on May 20.

"All its developmental and user trials have been conducted successfully. This test is important as the user will test its performance and effectiveness."

The missile first entered service with the Indian Army in 2008, but was later rejected by the because of flaws and technical issues.

"All its developmental and user trials have been conducted successfully. This test is important as the user will test its performance and effectiveness."

Compared with the US Army's Patriot missile system, Akash is capable of destroying manoeuvring targets, such as unmanned aerial vehicles, fighter aircraft, cruise missiles, as well as missiles launched from helicopters.

Equipped with a multi-target and multi-function phased array fire control radar, known as Rajendra, the missile can track 64 targets, and simultaneously guide up to 12 missiles.

It is available in two versions, one each for the army and the Indian Air Force (IAF), which received its first missile on 3 March.

International update: Global Covid cases pass 40.4 million – US may authorize emergency use of vaccine in December