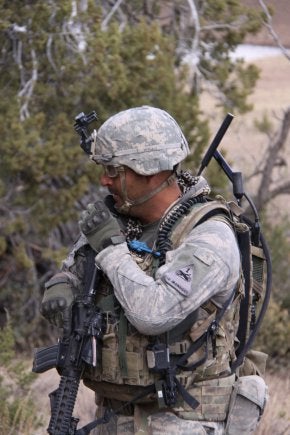 The contract was awarded by SAVIS Tecnologia e Sistemas, which along with another Embraer Defense and Security subsidiary OrbiSat Indústria, secured the Sisfron deal in August 2012.

Under the contract, Harris will deliver an advanced tactical communications system comprising radios and accessories from its Falcon III 7800 tactical radio family, including high-frequency, very-high-frequency, multiband, soldier personal radio and high-capacity line-of-sight radios, along with related software, and support services.

"This important programme significantly expands our presence with the Brazilian Army in support of their communications modernisation requirements."

"This important programme significantly expands our presence with the Brazilian Army in support of their communications modernisation requirements," Mehnert said.

Sisfron is a security programme featuring a network of surveillance radars, sensors, command and control communication systems, and unmanned aerial vehicles (UAVs) designed to gradually enhance protection along western borders of Brazil over the next decade.

Scheduled to be implemented in stages, the project will include surveillance and protection of 16,886km of land border, involving 11 neighbouring countries, ten states and 588 municipalities, which make up 27% of the nation’s territory.