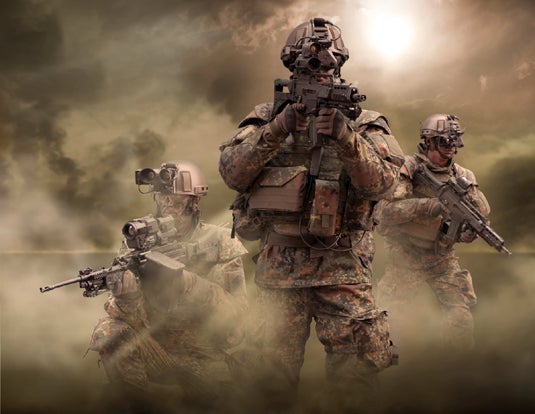 Rheinmetall Defence has signed a contract with the German Federal Agency for Defence Technology and Procurement (BWB) for the delivery of the Gladius soldier system for Germany’s armed forces, which will be deployed in Afghanistan.

The initial deal is worth €50m and also includes an €80m option for additional systems, which is expected to be exercised at the beginning of 2013.

Under the terms of new contract, the company will equip a total of 900 soldiers (90 infantry sections or squads) with the advanced equipment to help enhance their capabilities for the upcoming and future deployments.

Deliveries under the contract are scheduled in the latter part of 2013, and the German infantry units are slated to go to Afghanistan next year and 2014.

The company had also secured a contract to develop a pre-series demonstrator version of the Gladius system in December 2009, to help supplement the basic Future Soldier (IdZ) system, acquired by the army in 2005 as an interim response to an urgent operational requirement.

The Gladius is an advanced system designed to further expand the capabilities of the currently fielded IdZ system, with particular regard to networking, command and control and combat effectiveness.

The system brings the ten-man infantry section and vehicle into the network-enabled operational loop, consisting of reconnaissance, command and control components and weapons; it will allow the exchange of information and sharing of situational awareness for conducting operations.

Equipped with a GPS and inertial navigation system (INS) and a magnetic compass, the system provides the individual soldiers with access to all relevant data about the tactical situation and position of friendly forces, as well as mission and system status in the battlefield.

It prevents detection in the visual and infrared spectrum, in addition to providing enhanced protection against biological and chemical agents, as well as from the weather even in extreme climates.

Image: Rheinmetall will equip a total of 900 soldiers from the German Army with the Gladius soldier system. Photo: courtesy of Rheinmetall Defence.