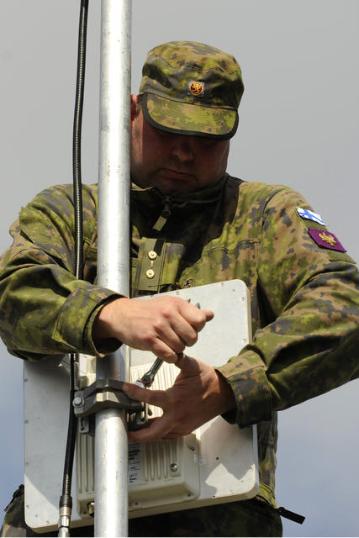 EB product manager Reima Kettunen said the contract for serial delivery of tactical wireless IP network, which has been jointly manufactured with the Finnish Defence Forces, demonstrated the system’s ability to respond to the strict requirements set.

"The intensive collaboration has refined the product qualities and accelerated the development work and field testing," Kettunen added.

"The intensive collaboration has refined the product qualities and accelerated the development work and field testing."

Fully compatible with the existing wired and wireless infrastructures, the easy-to-adapt and upgradeable network can set up a high-data rate mesh network solution with automatic network configuration, which is required by mobile troops in the battlefield.

With a coverage limit of 0km-30km, depending on antenna configuration, antenna height, and frequency, the system is capable of creating high data rate wireless internet protocol (IP) network as the backbone to support command and control (C2) data transmission during military operations.

Deliveries under the contract are scheduled to be finalised by the end of March 2014.