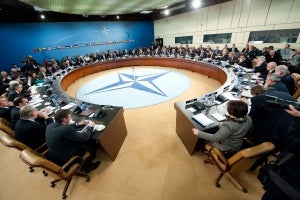 The EU and NATO will have to work closer together if they are to protect Europe from a growing risk of cyber security attacks, according to a review of Europe’s defence capabilities by the UK House of Lords.

Cyber attacks must be dealt with urgently according to the report ‘European Defence Capabilities: lessons from the past, signposts for the future’, which cites an increasing numbers of attacks targeted towards the computer systems of government agencies and companies, including defence contractors.

According to rear admiral Rees Ward, the threat ranges from ‘the happy hacker who is professionally intrigued about hacking into the Pentagon systems, to state actors’.

The major concern within the report is that despite growing awareness, the EU has done little collectively to mitigate the danger.

Rear admiral Ward argued during the report sessions that Member States had differing levels of professionalism, depending on their level of threat awareness.

At the same time Maciej Popowski, deputy secretary-general, EEAS, acknowledged that the EEAS was considering how it could contribute to a wider EU process of setting standards in cyber space.

However, there was good news for those in the UK after the country was acknowledged as ‘taking the lead’ in cyber security and commended on its organisation of a conference to discuss the issue.

It was also at the insistence of the UK Ministry of Defence that cyber defence was included as one of the top ten capabilities to be addressed by the EDA’s Material Standardisation Group.

Even if the European contingent of NATO does unite on the issue, it is doubtful as to whether or not there will be much of a US cyber security presence.

The US has categorically stated that its defence priorities now lie in the Pacific, and as a result of budget cuts, Europe and NATO in particular will have to fight for their own security without receiving much help.

It is perhaps with this position in mind that the report also calls for Germany, Europe’s economic powerhouse, to put more into the collective defence funds.

According to the report, Germany does not fulfil its potential, in spite of a large defence budget in absolute terms. In addition, if the EU and NATO are to successfully fulfil their task of protecting Europe, then it is a precondition that Germany is able to engage on similar terms to the UK and France.

Image: NATO and EU leaders will have to work much closer together and form a collective approach towards safegaurding Europe’s cyber security. Photo: courtesy of Nato.