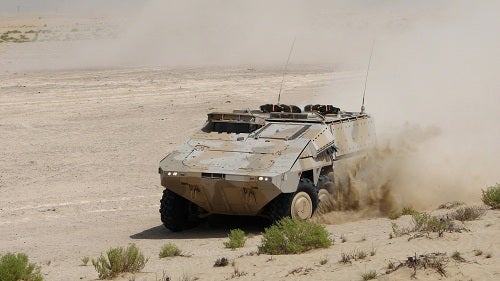 The European Defence Agency (EDA) has revealed prioritised actions to enable more cohesive, effective and stronger European land defence capabilities by 2035, based on the findings of the Future Land Systems (FLS) study report.

The areas include launch of European demonstrator programmes, focus on key enabling technologies and those of dual nature, as well as additional activities to support and strengthen the land-related European Defence Technological and Industrial Base (EDTIB).

The study concluded that the European land industrial sector was more fragmented and less consolidated when compared with air and naval sectors, which could risk Europe on losing critical capabilities, skills and know-how.

A methodology based approach was used by the study to analyse all available information on member states’ future military capability requirements, in parallel with a comprehensive stocktaking of global land-related Defence Technological and Industrial Base.

"The land defence industry is not only vital for ensuring key capabilities, but also for growth and competitiveness in Europe."

The approach helped to deliver guidelines and implementation plan with short, mid and long-term actions to help EDTIB mitigate the identified shortcomings.

European Defence Agency chief executive Claude-France Arnould said: "The land defence industry is not only vital for ensuring key capabilities, but also for growth and competitiveness in Europe."

Requirement for interoperability improvement between member states’ armed forces was highlighted by the study, which also recommended better cooperation, including pooling and sharing among EU countries.

The next steps proposed by EDA for development of an effective action plan include enhancing efficiency of the land-related supply chain with a special focus on small medium enterprises (SME), and undertaking actions to alleviate the risk of losing critical skills and know-how using wider EU policies.