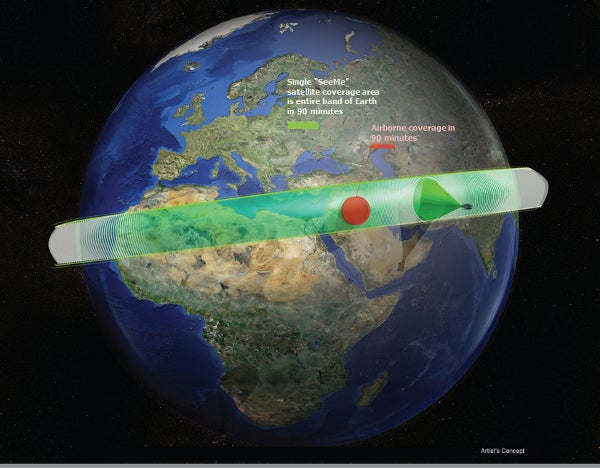 Raytheon has been awarded a contract to support phase one of the US Defense Advanced Research Projects Agency’s (DARPA) Space Enabled Effects for Military Engagements (SeeMe) programme.

Under the terms of the $1.5m contract, Raytheon will complete the design for development of small satellites that will improve troops’ battlefield awareness in remote locations during the next nine months.

Scheduled to be awarded in 2013, the programme’s second phase will involve the development of six military imaging satellites for ground-based testing.

Raytheon has subcontracted Sierra Nevada Corporation (SVN), University of Arizona and SRI International for support during the design and production phase of the programme.

Seeking development of low-cost satellite constellation, the programme, if successful, will deliver high-resolution satellite imagery of a precise location to soldiers at the push of a button on their existing handheld devices in a timely and persistent manner within 90 minutes.

SeeMe constellation is expected to feature approximately two-dozen satellites, each with an operational life of 60-90 days in a very low-earth orbit prior to de-orbiting and complete burn-up without leaving space debris and no re-entry hazard.