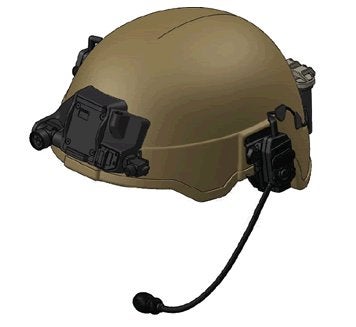 Ceradyne is planning to launch its new modular hard wired kitted (MOHAWK) boltless combat helmet at the forthcoming Annual Association of the US Army (AUSA), scheduled to be held in Washington DC from 22 to 24 October.

The advanced MOHAWK helmet is manufactured using a seamless and boltless design to enhance structural integrity and reduce ballistic penetration.

The tactical headset is a modification of Threat4’s legacy x-62000 series headset, featuring brackets to facilitate mounting on either side of the helmet and also draw power from the bus bar system.

Ceradyne has already displayed the MOWHAWK prototype, which was developed in collaboration with Wilcox Industries at the 2011 AUSA event in Washington.