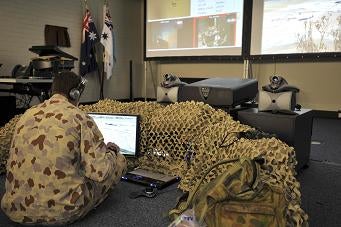 As part of the contracts, the company will support the centre’s transition from a technical simulation facility to a joint collective training centre, capable of training major command, control, communications, computers, intelligence, surveillance and reconnaissance (C4ISR) elements.

Calytrix CEO Shawn Parr said the company will provide an increased range of support to the JCTC in functional areas that enhance its existing delivery of core simulation, network and information systems services.

Having helped JCTC over a long period, the company is now looking forward to collaboration through its next period of growth.

"Calytrix is rightly proud of our achievements working with the JCTC," Parr said.

"Calytrix is rightly proud of our achievements working with the JCTC."

Calytrix has served as the prime contractor for the development and delivery of systems support services (SSS) to the JCTC since its inception in 2006.

The company has also provided manager systems for the operation, support and maintenance of JCTC simulation systems, exercise support services team for assistance in planning, execution and evaluation of training exercises, as well as governance team for management of JCTC finance, contract, facilities and logistics management services.

A joint initiative between the governments of Australia and the US, JCTC combines live, virtual and constructive technologies to deliver enhanced high-end bilateral training, such as supporting mission rehearsal exercises (MREs) and major joint and combined exercises.

The company has not disclosed the contract value and performance period.

Future of the Australian Defense Industry – Market Attractiveness, Competitive Landscape and Forecasts to 2021

The Australian Defense Market - Attractiveness, Competitive Landscape and Forecasts to 2024

Future of the Australian Defense Industry – Market Attractiveness, Competitive Landscape and Forecasts to 2019

Future of the Australian Defense Industry – Market Attractiveness, Competitive Landscape and Forecasts to 2020

The Naval Vessels and Surface Combatants Market in Australia to 2025: Market Brief