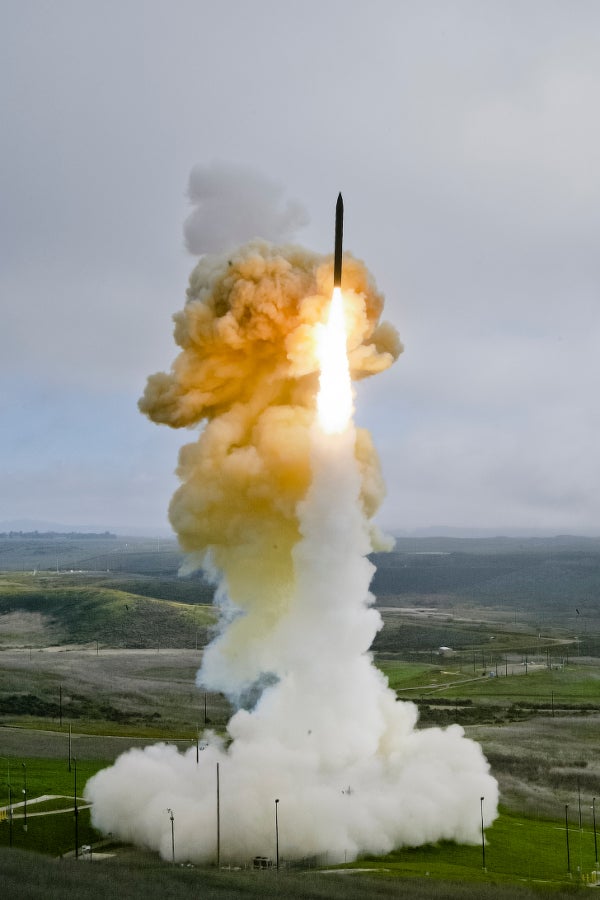 The programme began after flight-testing of the ground-based interceptor (FTG)-06a ended in failure due to a guidance error in December 2010.

"We have used industry and government’s combined expertise to solve a complex technical issue related to what the interceptor’s EKV experiences in space."

Deployed by a three-stage ground-based interceptor (GBI) to a designated point in space, the upgraded Raytheon-built EKV carried out a series of pre-planned manoeuvres to gather performance data during the testing, which marks the first step in returning GMD to successful intercept tests.

"Throughout our team effort to solve one of the toughest challenges facing the aerospace industry, GMD remained on alert and continues to defend the United States," Hyslop added.

Testing did not include a target missile launch and the resulting data will be used to evaluate the EKV’s design and also enhance readiness for future intercept missions.

Image: The ground-based interceptor lifts off from Vandenberg Air Force Base in California, US. Photo: courtesy of MDA.

The Unmanned Aerial Vehicle Market in the UAE to 2025: Market Brief

The Unmanned Aerial Vehicle Market in the US to 2025: Market Brief