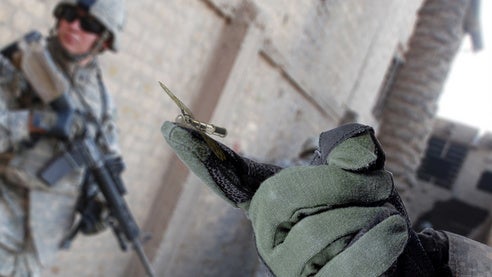 BAE Systems has received a contract to continue serving as industrial lead for the US Army Research Laboratory’s (ARL) Micro Autonomous Systems and Technology (MAST) Collaborative Technology Alliance for the next five years.

Under the $43m cooperative agreement extension, the company will continue joint research with the MAST Alliance’s team of scientists from the army, academia and industry to help accelerate development of bio-inspired micro-robotics systems for US ground forces.

Bae Systems MAST strategic development manager Bill Devine said: "The technologies being developed under MAST will support products that extend soldiers’ capabilities, while keeping them out of harm’s way."

ARL MAST Consortium manager Dr Brett Piekarski said the quality and success of research conducted over the past five years contributed to the decision to award the programme extension option.

"The technologies being developed under MAST will support products that extend soldiers’ capabilities, while keeping them out of harm’s way."

Micro-robots are expected to be used by dismounted troops for remote surveillance missions within complex urban environments and terrain.

Initiated in 2008, the MAST programme features two main components, a fundamental research programme, which is focused on microsystems mechanics, processing for autonomous operation, microelectronics and integration; with the second being a technology transition phase.