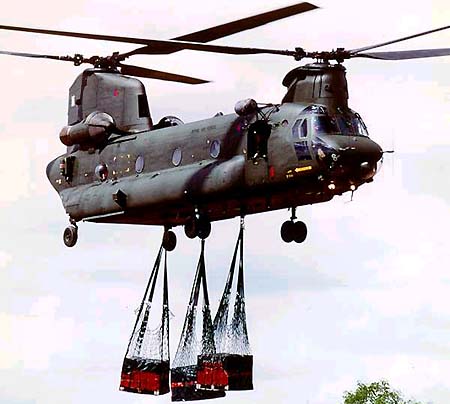 The Australian Defence Force (ADF) will purchase two additional CH-47D Chinook transport helicopters from the US following the signing of a Letter of Offer and Acceptance in an effort to boost its heavy-lifting capabilities.

The additional aircraft are expected to reduce pressure on the training and maintenance schedule for the army's CH-47D fleet allowing better support for the two Chinooks currently deployed to the Middle East Area of Operations (MEAO).

The aircraft will also replace a Chinook that was downed earlier this year during a resupply mission in Afghanistan, and had been deployed since 2006 in support of Operation Slipper.

Including the additional aircraft, Australia currently operates a fleet of seven Chinooks to ensure continuous service for overseas operations and aircrew training.

The helicopter is equipped with a T55-GA-714A turboshaft engine and features a triple-hook cargo system that enables it to carry heavy payloads of up to 26,000lb, including the 155mm M198 howitzer and 30 rounds of ammunition, at a speed of 250km/h.

The Chinook features advanced avionics and electronics, including the Global Positioning System (GPS), and can accommodate two high-mobility multipurpose wheeled vehicles (HMMWVs) or a HMMWV together with a 105mm howitzer and gun crew.

The aircraft are expected to arrive from the US by the end of next month after which they will be upgraded to the current Australian CH-47D configuration to enter service by mid-2012.

The Australian CH-47D fleet is scheduled to be replaced by seven new upgraded CH-47F Chinooks from 2014 to 2017.

Image Caption: The Australian Army will purchase two additional CH-47D Chinook transport helicopters from the US.