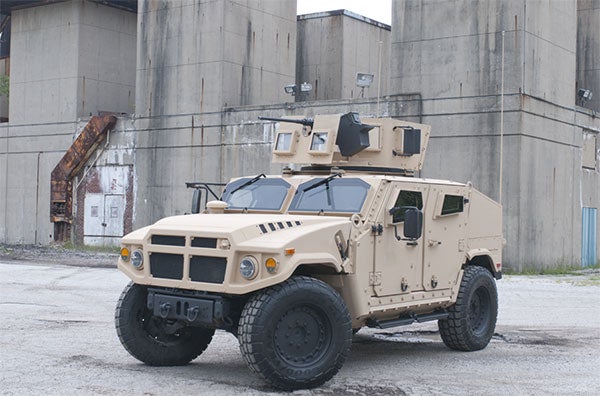 Around 22 BRV-O vehicle prototypes are currently being manufactured by the company as part of a 24-month $64.5m JLTV engineering, manufacturing and development (EMD) phase contract awarded by the army in August 2012.

AM General business development and programme management vice-president Chris Vanslager said: "We are setting the pace on integrating components, meeting timelines and other requirements and working closely with our military customer representatives daily."

Following the departure of BRV-O vehicles from LTVAL plant, the company will also receive additional mission packages for conversion into a specific mission package configuration, such as the heavy guns carrier.

"We are setting the pace on integrating components, meeting timelines and other requirements and working closely with our military customer representatives daily."

Each vehicle will undergo the company’s break-in and shake-down testing prior to delivery to the US military.

Already proven effective in government-supervised blast testing, the multi-role BRV-O is designed to meet or exceed 100% of the JLTV EMD phase evaluation criteria in terms of protection, performance, payload, transportability, reliability and affordability.

Readily deployable by air, land and sea with a 3,500lb payload, the vehicle is equipped with a C4ISR backbone with open-standard networked architecture and clustered super-computing power, and can also adapt to future changes in US military mission requirements, tactics and evolving threats.

JLTV programme is aimed at replacing the US Army and Marine Corps’ fleet of rapidly ageing high-mobility multipurpose wheeled vehicles (HMMWVs), which have been in active service for more than 25 years.