The European Defense Fund (EDF ) was established to encourage collaborative defence research among the member states. The COVID-19 pandemic, however, has significantly impacted the defence expenditure proposed by the EDF.

Verdict has conducted a poll to assess whether EDF will propel consolidation of the industry despite the budget cuts. 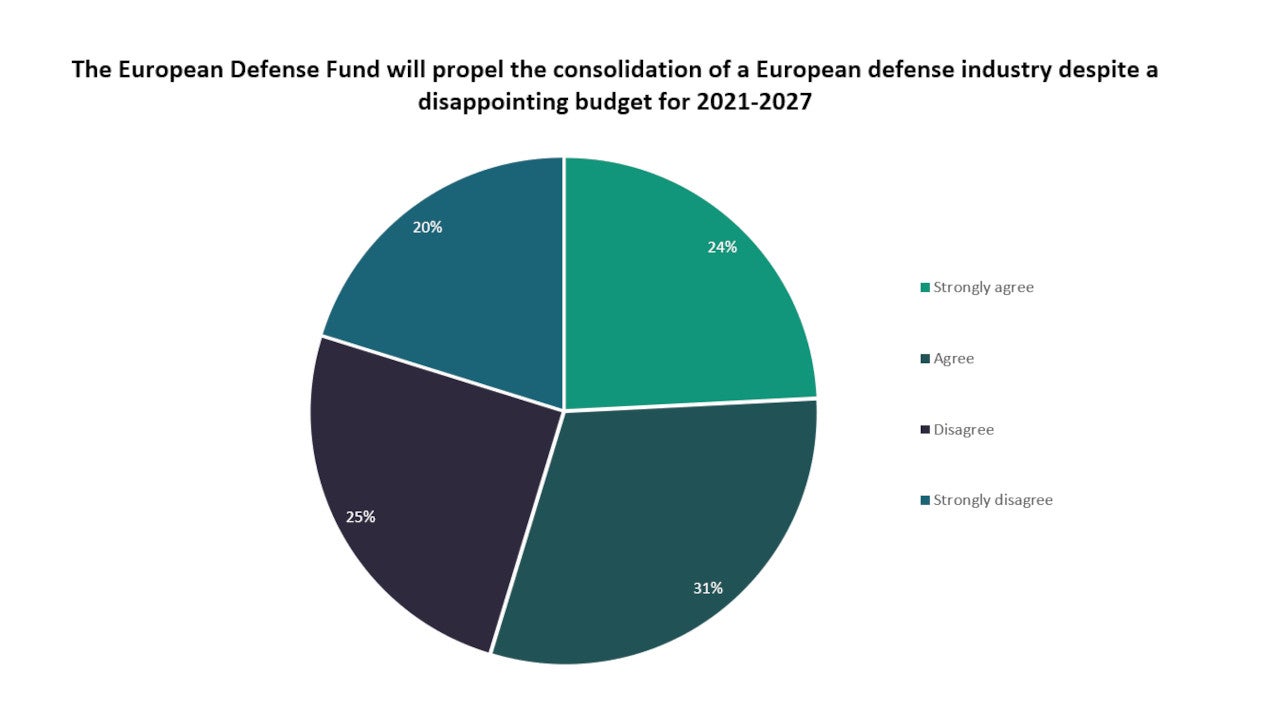 Analysis of the results show that a majority of 55% agreed that the EDF will increase consolidation of the industry, which included 24% who strongly agreed to the same.

The analysis is based on 222 responses received from the readers of Verdict’s defence sites Airforce Technology, Army Technology and Naval Technology between 08 October and 14 December 2020.

The EDF originally announced a budget of €13bn ($14.5bn) for 2021-2027 as part of the fund’s aim to consolidate the region’s approach to defence. It was expected to reduce duplicate defence expenditure by the member countries and encourage collaborative defence projects. The COVID-19 pandemic, however, has forced the budget to be revised strongly downwards to €8bn ($9bn).

Apart from budget constraints, a range of other concerns still exist for the efficient implementation of the fund’s goals including concerns over sovereignty and fragmented defence markets, according to Center for Security Studies (CSS ), an institute focused on Swiss and international security.

Prioritisation of key projects of strategic importance, while co-ordinating with new and existing initiatives of the European Union, will be paramount to the success of the fund, adds CSS. Member states should aim to raise additional funding despite the budget constraints to achieve the goal of defence integration and strengthening the security infrastructure in the region, CSS further added.

US approves $380m sale of FIM-92K Stringer missiles to Finland