It follows recent testing carried out in Sweden. The development provides the land-based troops with capability enhancements when conducting remote missions with no support. 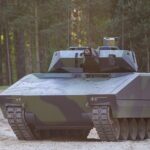 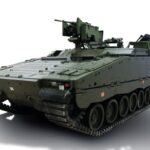 “We can now add the FZ275 Thales 70mm/2.75in rockets to the wide range of rockets that can be fired from Arnold Defense launchers, thus increasing the flexibility of our offer to the global user.”

Thales ’ new rocket has a lightweight design and is the longest range LGR in the 70mm/2.75in class.

Over 75 armed forces in more than 50 countries worldwide use the Thales 70mm/2.75in rockets.

Thales Airborne Armament business segment director Stéphane Bianchi said: “This is the second test firing and certification project in partnership with Arnold Defense and extends both companies’ portfolios and offering to regular and Special Forces.

In December 2021, Thales announced that it would be supplying key technologies for France’s Guépard helicopters.