Army Technology lists ten of the most popular tweets in military and security in November 2019, based on data from GlobalData’s Influencer Platform.

The top tweets were chosen from influencers as tracked by GlobalData’s Influencer Platform, which is based on a scientific process that works on pre-defined parameters. Influencers are selected after a deep analysis of the influencer’s relevance, network strength, engagement, and leading discussions on new and emerging trends.

Most popular tweets in military and security in November 2019: Top ten

1. Deborah Haynes’ tweet on the downing of flight MH17

Deborah Haynes, a British journalist, tweeted about recorded conversations released by a Dutch-led team called the Joint Investigation Team (JIT). The team is investigating the shooting down of the Malaysia Airlines Flight 17 (MH17), in Eastern Ukraine. The JIT is scrutinising the command lines and the role of the Russian government in the shooting, which is expected to have been executed using a Buk TELAR missile system.

The recorded conversation elaborates on securing all communication lines between the Ukrainian rebels and Russian officials, on matters related to the government, military, and finances. 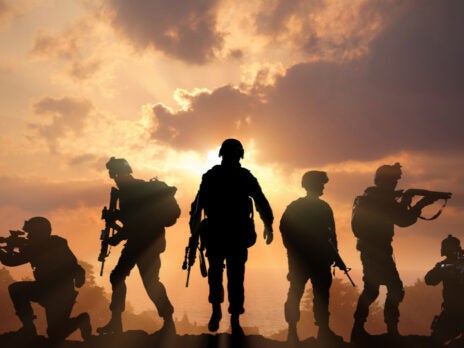 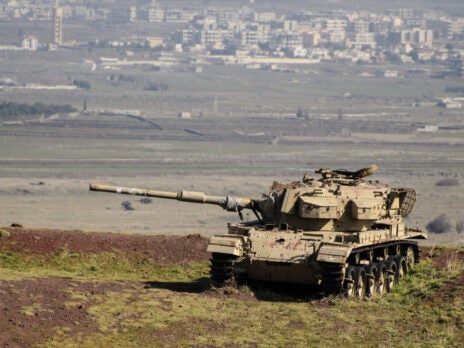 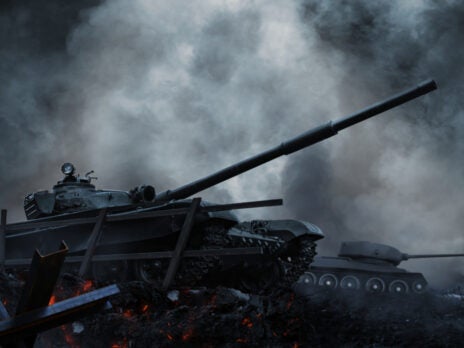 A retired naval officer, James Stavridis, tweeted on Trump’s interference on military justice, signifying conflicting interests among civilians and the military. The statement was with regard to the Gallagher case, in which a retired navy SEAL officer had been convicted of war crimes and demoted to a petty first class officer from a chief petty officer.

Trump intervened in the judgement and not only reversed the demotion but also ordered that Gallagher’s Trident pin be secured with him, allowing him to retire as a navy SEAL officer. James Stavridis believed that the SEAL should have taken decisions on the pin and his acquittal rather than the President himself.

Navy SEALS should have the final word on Gallagher's SEAL pin. My thoughts in TIME https://t.co/tEGETa6HTc

A British and international defence news website tweeted about Babcock, an engineering services company, winning a contract from the UK government to build five Type 31e frigates. Each of the warships is expected to cost approximately $328m. The five ships are to be assembled at Babcock’s facility located at Rosyth, Scotland.

BREAKING: Babcock has won the competition to build five Type 31e Frigates for the Royal Navy in Rosyth, Scotland. https://t.co/gexWggJDIv

4. A tweet on anti-terror robotic vehicles requirement in Kashmir

The vehicles are expected to be part of the Indian army’s robotic surveillance programme. The procurement has been sought under the Indian Defence Procurement Procedure’s Make category that prioritises indigenous design and development.

NATO International tweeted on the caution its troops take to move quickly through public highways during NATO exercises. NATO shared a video detailing how the Polish military police escort the NATO forces, vehicles, troops, and military convoys across public roads and highways in the event of any military exercise.

For instance, during the Noble Jump exercise that took place in Poland, the police were able to transport approximately 2,500 troops and 1,000 vehicles across four countries in a span of three days.

How does NATO move its troops quickly and safely along public highways?

Meet the 🇵🇱 Polish Military Police, who work hard to keep the public and the military safe during #NATO exercises. pic.twitter.com/FI3tHMPWzo

The 13th secretary general of NATO, Jens Stoltenberg, tweeted on the occasion of space being recognised as an operational domain by the NATO. The announcement was made in Brussels, with the alliance recognising the significance of space along with air, sea, land, and cyber space.

With approximately 2,000 satellites orbiting the Earth, Jens called for all member countries to contribute their capabilities and services in satellite communications. NATO members have agreed that space is crucial for its defence, given it can pilot and track forces as well as detect missile launches. NATO confirmed it has no plans to deploy weapons in space.

Proud of #NATO's historic decision to recognise space as an operational domain, alongside air, land, sea & cyber. Space is part of our daily lives. It is also essential to the Alliance's deterrence & defence – from navigation to intelligence to missile detection. pic.twitter.com/skOmf0fg2i

7. Sir Humphrey’s tweet on capabilities of Navies to deploy a task group

The operation was part of the Westlant 19 deployment aimed at testing the capabilities of the F35 and HMS Queen Elizabeth.

The numbers of navies in the world capable of globally deploying a Task Group, refueling at sea whilst flying fast jets can be counted on fingers of one hand. The Royal Navy is one of this very select group. https://t.co/UT5E42pKG1

The Aviationist, a blog that covers news related to military aviation, technology, and defence, shared an article detailing how two drones were lost in Libya including an US unarmed remotely piloted aircraft (RPA) and an unarmed MQ-9A Predator-B drone of the Italian air force. While the former was conducting a routine operation to ensure security and monitor extremist activity in the region, the latter was ensuring maritime security.

Both the drones were considered to have been lost as a result of being jammed rather than in a fire or combat, which has raised questions on drone jamming systems being deployed in the region, causing inability to control unmanned aerial vehicles (UAVs).

U.S. Drone Lost Over Tripoli The Day After Italy Lost an MQ-9A in Libya: New Drone Jamming Capability Made Available To The Armed Groups Fighting For Control Of The Libyan Capital? Story: https://t.co/BctfU9gj5z pic.twitter.com/EuoFL8kpYJ

An ex-British army officer, Nicholas Drummond shared an article about a new report issued by the Royal United Services Institute (Rusi), an independent think tank on defence and security, that details how Britain could lose a war against Russia, given its critical shortage of artillery and infantry. According to the report, British numbers were crippling when compared to Russia in terms of artillery pieces, battle tanks, soldiers, military personnel, and percentage contribution of defence to the total GDP of the country.

Though a war between the two nations is an unlikely scenario, the UK forces lack ground firepower and war-fighting capabilities in Eastern Europe and are a soft target for their neighbour, Russia, according to the report.

10. Mike Yeo’s tweet on the withdrawal of KC-135Rs from service

An Asia-based reporter, Mike Yeo shared an article detailing the withdrawal of KC-135Rs from service by Singapore’s Ministry of Defence. The long-range jet tankers have served the Republic of Singapore Air Force (RSAF) for two decades and deployed in a number of exercises and missions, including airlifts, aeromedical evacuation, and disaster relief.

Flown for the last time in June this year, KC-135Rs have helped to build Iraq, evacuate victims from the Christchurch earthquake, and have also assisted in various refuelling missions.

Singapore’s Ministry of Defence takes the unusual step of announcing that its KC-135s have been withdrawn from service https://t.co/tej04LJGGr pic.twitter.com/k9OQVRjB3Z

@globaldataplc
The world is becoming more complex, uncertain, and fast-moving than ever before, which is why GlobalData exists. Our mission is to help our clients decode the future to be more successful and innovative.
SUBSCRIBED