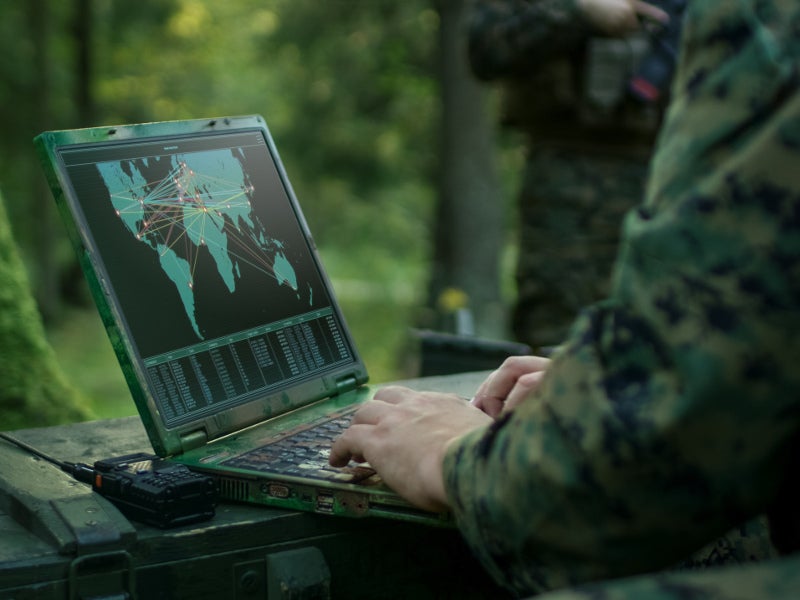 GlobalData has unveiled the biggest influencers in military and security in Q3 2019, based on their performance and engagement online.

Top ten influencers in military and security in Q3

Isaac Alexander is the editor-in-chief of Jet City Star blog, which provides news and insights on aerospace and defence sector.

Isaac served the US Navy as an Aviation Machinists Mate for six years. He is also one of the founders of Maelstorm International Fantastic Film Festival (MIFFF).

At @NASWhidbeyIslan today two @thef35 jets arrived if the 63rd Fighter Wing from @LukeAFB. The F-35 jets stopped in for a fuel stop before departing to @EielsonAirForce. pic.twitter.com/ydDew31dy6

2. War on the Rocks (@WarOnTheRocks)

War on the Rocks is a digital platform for discussions and debates on foreign policies and national security. Its primary objective is to bridge the gap between the bifurcating policies and operations of the US.

The group focuses on news, events, and practices of war and is managed by veterans, who have served in war, and other professionals, who have either studied or worked in a similar backdrop.

When it comes to military applications of AI, overlooking Russia is a mistake. https://t.co/jkmmf2Unbh

UK Defence Journal covers global news and events in army, navy, air force, and cybersecurity. The website provides a platform to industry specialists, professionals, and enthusiasts to exchange information and views on defence matters related to the UK and rest of the world.

It is served by a group of volunteers including defence and military professionals, industry specialists, military personnel, and international relations graduates.

The programme, say the MoD, has been set up to develop a sixth-generation fighter jet to join the RAF's fleet from 2035. https://t.co/XkNnjKGg91

Formed on a request made by the Pentagon and Hill staff on the House Armed Services Committee, the digital platform provides up-to-date information including news and events in the defence sector. Real Clear Defense is one of the 15 domains of Real Clear Media Group, a comprehensive digital media company based in the US.

The Centre for Strategic and International Studies (CSIS) is a non-profit policy research establishment. It is a bipartisan organisation with major emphasis on defence, security, economic development, and other global challenges.

CSIS offers strategic solutions to address foreign policy and national security issues, while putting forward the voices of masses. Established in 1962, CSIS is one of the world’s leading international policy institutions.

Satellite imagery indicate North Korea is building a ballistic missile submarine and may be making preparations to test a submarine-launched missile: https://t.co/espiuNCLWN pic.twitter.com/o4CehPOsxN

NavyLookout is an independent online campaign started to promotes the UK Royal Navy. The campaign opposes the decline of the navy and works with the motto of ‘Save the Royal Navy’.

Founded in 2007, the website is managed and controlled by a group of enthusiastic civilians and ex-armed personnel. The campaign does not align itself with any political or social body and holds no connections with the Ministry of Defence.

Protection of trade – the Royal Navy’s most fundamental role…@HMS_MONTROSE escorting BP Tanker, MV British Heritage in Gulf yesterday fended off interference from Iranian gunboats by training guns on them and warned off by radiohttps://t.co/sS5mvXaJzF pic.twitter.com/glIjAbZ15Q

HM Armed Forces Review website The website is, however, not aligned to the British government and its armed forces or the defence ministry of the country.

https://t.co/JFVEOqWujj "The Royal Navy took part this week in the largest international naval exercise ever held by the Israeli navy" Interesting break in UK-Israeli ties.

Dr. Ulrike Esther Franke is a policy fellow at the European Council on Foreign Relations (ECFR). She is also a member of the ECFR’s New European Security Initiative.

The primary focus areas of Ulrike Esther are the security and defence of Germany and Europe. Her expertise also lies in the sectors of warfare and its future and the impact of modern technologies including drones and artificial intelligence.

Franke also served as the managing editor of St. Antony’s International Review (STAIR), which is Oxford University’s academic journal of international affairs. Her work has gained recognition on various platforms such as RUSI Whitehall Papers, War on the Rocks, FAZ, and Die Zeit.

Unmanned Systems Technology is a platform for technical information on unmanned systems. The website presents technology, products, and services associated with land, sea and air-based unmanned vehicles. The digital platform allows companies to display and advertise their devices and capabilities to professionals and users.

It also helps companies to reach out their potential customers and gain targeted exposure.