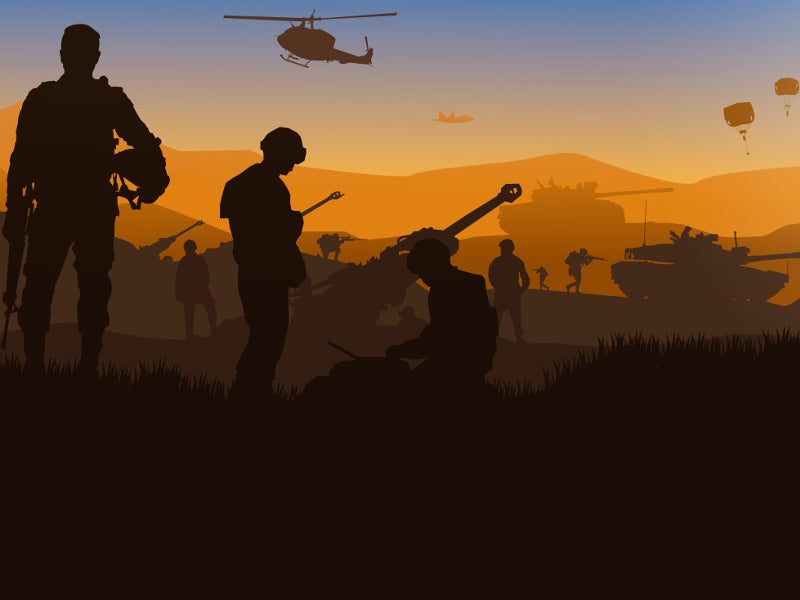 U.S. Army, the official account of the army, tweeted on the US Army’s Special Forces, popularly known as the Green Berets. An elite wing of the US military’s special operators, this specialised group is trained in unconventional warfare, direct action, special reconnaissance, and more.

The expertise of the Green Berets provides the army with an advantage on any battlefield.

Their expertise allows us to have an advantage on any battlefield. #Ready2Fight

IDF, the official account of the Israeli defence forces, tweeted about the firing of three rockets on Israeli towns and cities from the Gaza Strip in Southern Israel. The IDF fighter jets and attack helicopters struck a number of Hamas outfits in Gaza in retaliation.

3 rockets were fired from #Gaza at Israeli towns and cities earlier tonight.

3. Stars and Stripes’ tweet on the launch of the Space Force

Stars and Stripes, an online platform for military news, shared an article on the launch of Space Force, a new military service, by the Trump administration. The $1.4tn project is expected to strengthen US interests in space, especially with respect to satellites used for communication and navigation.

Space Force will not deploy combat troops but is aimed at protecting American and allied satellites against invaders in times of conflict and crisis.

When he publicly directed the Pentagon in June 2018 to begin working toward a Space Force, President Donald Trump spoke of the military space mission as part of a broader vision.https://t.co/DhWYGRH8Ae

Department of Defense, the official account of the US department of defence, tweeted on the US Defence Secretary, Dr Mark T Esper’s speech at the Reagan National Defense Forum. The secretary highlighted the need to do more in areas such as hypersonic weapons, anti-satellite systems, and other emerging technologies to win future battles.

The secretary threw light on investments being made in advanced technologies such as robotics and AI to build on the country’s tactical advantage. He further emphasised on the government’s initiative to procure new fighter jets, improve ground vehicles, modernise the missile defence programme, and prepare naval vessels for combat.

British Army, the official account of the British Army, shared an article on the deployment of the 40 Commando Battle Group of the Royal Marines in the desserts of California to train with the US Marine Corps (USMC). Commando Gunners and Snappers joined the UK Marines Battle Group in this exercise near the border of Mexico.

Despite the challenges of the dessert, it allowed gunners to direct fire across several miles and in any direction.

Army Commando Gunners and Sappers, as part of the @RoyalMarines 40 Commando Battle Group, have deployed to the deserts of California, to take on their @USMC counterparts in a peer-on-peer war fighting scenario. Full story (and excellent photos) here: https://t.co/FhcETab3qt pic.twitter.com/wlQi4YRVt2

Grant Turnbull, a digital content director, tweeted on the use of Israeli missile warning sensors by the Kuwaiti National Guard on their infantry fighting vehicle (IFV) variant of the Pandur fleet.

The influencer noted that Kuwaiti soldiers have been using the Pandur vehicles that carry Israeli optical sensors since 2014, and that they were fitted from the start and not after delivery. It is not yet ascertained how many of these IFV variants are operated by the Kuwaiti armed forces.

Seems the Kuwaiti National Guard are still using Israeli missile warning sensors on their Pandur IFV fleet – they are just covering them up in public these days.

Boeing Defense, a manufacturer of jetliners, space, defense, and security systems, shared an article on the delivery of the first modified MV-22 Osprey by the Boeing Company and Bell Textron to the USMC.

The modifications were undertaken as part of a $146m contract awarded by the US Navy to Bell Boeing in November 2019, to upgrade nine MV-22 aircrafts under the CC-RAM programme. This work is expected to be closed in March 2022. The new aircraft provides the USMC with more readiness and reliability of the Tiltrotor fleet.

The first #V22 Osprey upgraded under the Common Configuration – Readiness and Modernization program has been delivered to the @USMC! The @BellFlight Boeing team is committed to a modernized MV-22 fleet for Marines executing the toughest missions.

The U.S. Coast Guard, the official account of the U.S. Coast Guard, shared an article on a High Mobility Multi-Purpose Wheeled Vehicle (Humvee). The Humvee, otherwise known as Eleanor II, is among the 281,000 built since its adoption in 1985 by the US military.

The vehicle is now decommissioned and is set to become part of the National Coast Guard Museum in Connecticut.

On paper, it’s referred to as a High Mobility Multi-Purpose Wheeled Vehicle – a humvee. But to friends, this particular sand-colored military vehicle is known as Eleanor II, and she’s one of a kind. #SundayReading

9. Gen James’ tweet on the importance of the BCAP

Gen James, the chief of staff of the US Army, shared an article on the importance of the Battalion Commander Assessment Program (BCAP) in selecting the top battalion commanders. Battalion commanders are regarded as the most significant leaders in the army, as they come with the experience and expertise to train young soldiers, officers, and take important decisions with regards to national security.

The BCAP helps recruit some of the finest commanders who are assessed on various grounds such as physical fitness, communication, and cognitive and non-cognitive skills. The battalion commanders are the ones who become future colonels and officers who command the army.

Good is not good enough. We must select the best commanders possible, and the Battalion Commander Assessment Program is part of how we will do that.

Battalion Commanders Are the Seed Corn of the Army @WarOnTheRocks https://t.co/zAoidsU37f

10. Rob Lee’s tweet on the Russian Navy receiving the ‘all seeing’ radar helicopter

Rob Lee, a PhD in war studies, shared an article on the Black Sea fleet receiving the Ka-31R helicopters, which are expected to be deployed in Crimea in 2020. The radar helicopters can detect both ships and aircrafts, hundreds of kilometers away and can also click ultra-high definition radar images.

The helicopters can also track NATO ships and are capable of firing hypersonic missiles. The establishment of such modern technology has become particularly important for Russia in tackling the foreign presence in the region.

The Black Sea Fleet's 318th Independent Composite Aviation Regiment has begun receiving Ka-31R AEW&C helicopters, which should arrive in Crimea next year. They can track foreign ships and aircraft, and laze targets for Kalibr, Oniks, and Tsikon missiles.https://t.co/4djyYZS37a pic.twitter.com/WivqIT9FZO