It is telling that in the wake of recent air strikes by US, British and French forces on Syrian positions loyal to the regime of President Bashar al-Assad, talk of possible reprisals was dominated, not by conventional military action, but by possible Russian cyber attacks on UK critical infrastructure.

“I suspect Russia will choose not to respond in military terms – but cyber warfare is highly likely,” Professor Michael Clarke, a counter-terrorism and defence expert, told the Sunday Mirror.

“It will be an attack on national infrastructure, not just upsetting city firms, but getting inside the transport system, or the health system, or air traffic control. It could affect everyone.”

The UK’s National Cyber Security Centre said the threat of a cyber-attack against Britain is “at its highest possible level”.

Russia demonstrated its cyber warfare capabilities during the conflict with Ukraine in 2015. Russian hackers exploited critical system vulnerabilities in the Ukranian power network, causing outages that affected more than 220,000 Ukrainian residents, and employed malware to hinder the repair effort.

Now, the picture is changing and the race is on to integrate cyber and electronic warfare. A new war is being fought for control of the electromagnetic (EM) spectrum – the term given to the range of EM radiation, from radio waves to gamma-rays – a war the major powers cannot afford to lose.

Cyber and electronic warfare are distinct entities. The former involves hackers using information systems and the internet to disrupt or attack states or companies for strategic or military purposes.

This can take multiple forms. A denial-of-service attack floods the target with traffic and/or data that triggers a crash intended to shut down a machine or network. An advanced persistent threat is a network attack in which an unauthorised person accesses a network and remains undetected for a long period of time in order to steal data.

Malware is an overarching term for hostile or intrusive software such as Trojan horses, computer viruses, worms and ransomware, while spear phishing involves the deployment of fraudulent emails to induce a target into revealing confidential information.

In a military context, such techniques can be used to attack or disrupt enemy computer networks, defend information systems, and exploit enemy servers and systems through intelligence collection. 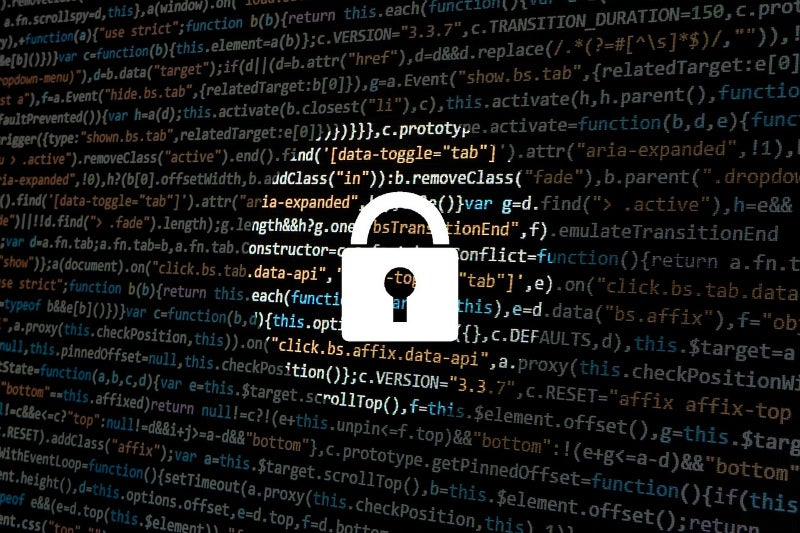 Electronic warfare is different to cyber warfare – the former technique employs ‘directed energy’ to control the EM spectrum – although both disciplines can have complementary effects.

“According to the [US] Department of Defense (DoD), directed energy weapons can amplify or disrupt an EM field, resulting in the jamming, overpowering and deceiving of information managed by computerised systems or electronic platforms such as surveillance or telecommunication satellites,” writes Sam Cohen, a masters student in defence and strategic studies at Missouri State University and a former Asia-Pacific security risk analyst at Horizon Intelligence.

“With enough power, these weapons can also overheat the electric circuitry of almost any piece of equipment – computerised or not – resulting in the destruction or interference of a machine’s electrical-based functions and components.”

Directed energy: the battle for the EM spectrum

As Cohen points out, military information and communication systems such as radar and navigation equipment operate in cyberspace via wireless connections that access the EM spectrum – making them vulnerable to hostile, increasingly sophisticated joint cyber and electronic operations.

“Russia has demonstrated its advanced electronic warfare capabilities in Syria, where a swarm of 13 UAVs in January of 2017 attempting to strike Russian combat headquarters at Khmeimim Air Base was jointly disabled by electronic countermeasures and anti-aircraft missiles,” Cohen writes.

“Seven of the unmanned aircraft were engaged by the Pantsir air-defense missile system while the remaining six were likely brought down from some sort of command disruption, which could have been anything ranging from a cyber attack overriding external controls to the jamming of GPS uplinks to interfere with navigation systems.”

Cohen argues that supremacy in the field, and unimpeded access to the EM spectrum, is now a tactical priority, as evidenced by investment in integrated technology by foreign powers.

“US adversaries are comprehensively funding and deploying joint cyber and electronic warfare operating concepts and equipment,” he says. “If US commanders fail to reciprocate, adversaries are likely to achieve an asymmetric advantage that challenges the notion of US technological supremacy on the battlefield – regardless of the capabilities of platforms already deployed in other domains.”

The US DoD is responding. In December, the Terrestrial Layer Intelligence System (TLIS) – which will combine the Army’s ground-based electronic attack and military intelligence into a single platform – was granted initial approval in direct response to EM capabilities developed by Russia and China.

“It’s all about integration,” said Maj. Gen. John Morrison, US commanding general, US Army Cyber Center of Excellence and Fort Gordon. “It is really integrating requirements, integrating capabilities into formations so that you can have a combined armed effect inside cyberspace.

“The integration of intelligence, cyberspace, electronic warfare – and I would submit to you signal as well – because you need all of those to come together if you are really going to deliver the effects you need.”

Maj. Gen. Patricia Frost, US, director of cyber, Office of the Deputy Chief of Staff, G-3/5/7, stated that the delivery of an integrated cyber and electronic warfare capability is a collaborative exercise involving all defence stakeholders and must be of long-term benefit to US forces on the ground.

“The Army cannot go forward in this space – cyber operations, EW and information operations, and the changes we need to make in signals intelligence – without partners,” she said. “We need academia and we need industry – and our operators working on how the threat is evolving in different theatres – if we are going to get ahead.”

There is a sense that the US and its allies are playing catch-up when it comes to the intersection between electronic and cyber warfare. However, Cohen is optimistic that the situation is changing.

“The DoD recognises that the synchronisation of cyber and electronic warfare is key for US forces to succeed,” he writes. “High-end peer conflict will not be won by leveraging EM spectrum use – such as utilising space-based satellites to provide global communications, surveillance, missile warning or position navigation – but instead it will be won by projecting control from within the spectrum itself.

“Chinese operational doctrine has indicated that information operations – protecting information collection, processing and transmission, as well as the denial of those capabilities to an adversary – is vital for achieving success in a high-technology peer conflict,” he continues.

“The same doctrine also emphasises that domination in the cyber and information space will be a precondition for achieving combat supremacy in all other domains.”