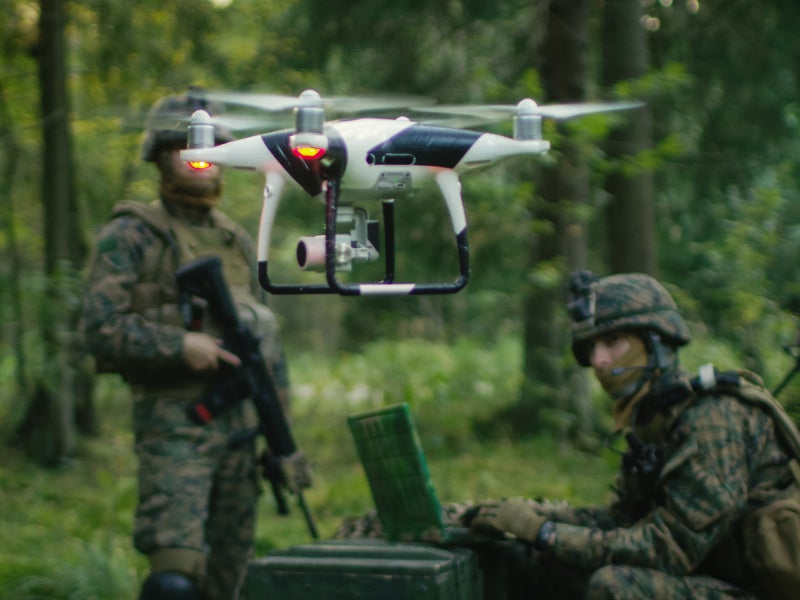 Top tweets on military and security in Q4 2019

Jens Stoltenberg, the 13th secretary general of NATO, tweeted about NATO’s meeting with the US President, Donald Trump in London. The influencer stated that NATO was adapting to various new challenges, and making progress towards defense expenditure.

Excellent start to #NATOmeeting in London with President @realDonaldTrump. We are adapting NATO to new challenges & are making unprecedented progress on defence spending. pic.twitter.com/t2bX1QUrEo

James Stavridis, a retired naval officer, shared an article on Trump’s interference on military justice, signifying conflicting interests among civilians and the military. The statement was with regards to the Gallagher case, where a retired navy SEAL officer had been convicted of war crimes and demoted.

Trump intervened in the judgement and not only reversed the demotion but also ordered that Gallagher’s Trident pin be secured with him, allowing him to retire as a navy SEAL officer. The influencer added that the SEAL should have taken decisions on the pin and his acquittal rather than the President.

Navy SEALS should have the final word on Gallagher's SEAL pin. My thoughts in TIME https://t.co/tEGETa6HTc

Deborah Haynes, a British journalist, tweeted on UK’s military chief, General Sir Nicholas Patrick Carter, warning of political warfare threatening democracy. She further added that the officer stated that this move was designed to challenge their strategic position in key regions of the world.

She further tweeted that the chief stated that modernising was not the solution alone, but how UK can react to change, step up its businesses and develop talent.

Nicholas Drummond, an ex-British army officer, tweeted on the military balance between UK and Russia. This was based on the latest IISS Military Balance data for 2019 and the UK MoD’s own personal statistics from October 2019. The influencer noted that removal of 81 mm mortar from the UK numbers would leave the country with only 238 artillery pieces.

Updated UK-Russia comparison. This updated version is based on the latest IISS Military Balance data for 2019 plus the UK MoD's own personal statistics from October 2019. In terms of artillery, if you remove the 81 mm mortar from UK numbers, we have just 238 artillery pieces. pic.twitter.com/hJyQWwybeJ

Sir Humphrey, author of the defense blog Pinstripedline, tweeted on the capabilities of the Royal Navy. He further added that the Royal Navy was among the few navies capable of deploying a Task Group, refuelling at sea whilst flying fast jets. The video shows HMS Queen Elizabeth and HMS Northumberland frigate re-fuel with RFA Tideforce, a Tide-class replenishment tanker, while an F35 lands on HMS Queen Elizabeth.

The numbers of navies in the world capable of globally deploying a Task Group, refueling at sea whilst flying fast jets can be counted on fingers of one hand. The Royal Navy is one of this very select group. https://t.co/UT5E42pKG1

Gabriele Molinelli, a journalist at the New Journal, shared an article detailing the hard landing of an Italian Navy’s Merlin helicopter on the Horizon class destroyer Caio Duilio. The influencer noted that all six helicopter crew members survived the accident.

An italian Merlin helicopter had a hard landing on the Doria / Horizon class destroyer Caio Duilio. 6 onboard the helo walked out on their own, at least. It could have turned a lot nastier… pic.twitter.com/IgyHCJRGaT

7. Ulrike Franke’s retweet on Macron’s call for a debate about European defense & NATO

Ulrike Franke, a policy fellow at the European Council on Foreign Relations, retweeted on French politician, Emmanuel Macron’s call for a debate about European defense and NATO. The three scenarios included keeping NATO, Europeanising NATO, and new formats without NATO.

Macron calls for a debate about European defense & NATO. Here are 3 scenarios: keeping NATO, europeanising NATO, new formats without NATO. Spoiler: all scenarios require Europeans to do more, and none is enchanting or easy. Read more here https://t.co/hVraUfUQea pic.twitter.com/k7AJ6zMYCj

8. Jonathan Beale’s tweet on Iran’s threat to British shipping in the Gulf

In July, Iran’s Revolutionary Guard seized British-flagged tanker the Stena Impero in the Straits of Hormuz. Tony Radakin reported to BBC that the navy would maintain an intensified military presence in the Gulf.

9. Mike Yeo’s tweet on the withdrawal of KC-135Rs from service

Mike Yeo, Asia Reporter at Defense News, shared an article detailing the withdrawal of KC-135Rs from service by Singapore’s Ministry of Defence. The long-range jet tankers have served the Republic of Singapore Air Force (RSAF) for two decades and have been deployed in a number of exercises and missions.

Flown for the last time in June this year, KC-135Rs have helped to rebuild Iraq, evacuate victims from the Christchurch earthquake, and assisted in various refuelling missions.

Singapore’s Ministry of Defence takes the unusual step of announcing that its KC-135s have been withdrawn from service https://t.co/tej04LJGGr pic.twitter.com/k9OQVRjB3Z

The article further noted that Iran had developed a wide range of missiles, with some capable of striking Israel and Eastern Europe.

GRAPHIC: The missiles of #Iran and their various ranges. #Alasad #iraq More details at https://t.co/fcUoYjD3Hu pic.twitter.com/zkabzrY9Z3