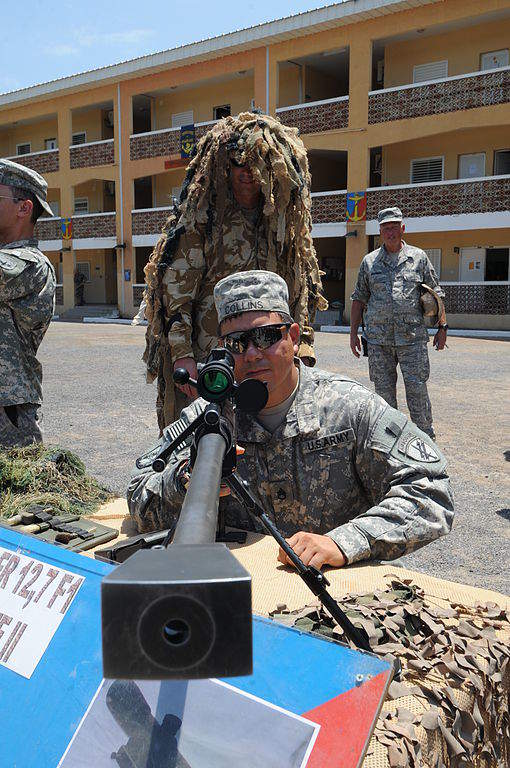 A US soldier looks through the scope of a French sniper rifle during a French weapons display at the French military base in Djibouti. France has played a significant role in the Sahel and elsewhere as part of international efforts to counter violent extremism. Few in France would want to see that global influence eroded. Public domain image