Fort Bragg is the largest US Army base in terms of population. Located west of Fayetteville in North Carolina, the base is home to the 82nd Airborne.

Fort Campbell is located between Hopkinsville and Clarksville, on the Kentucky-Tennessee state line. The military base was set up in 1942 and first activated during World War II. Fort Campbell accommodates the fifth largest active duty member population in the army and the seventh largest in the Department of Defence.

The base is home to the Screaming Eagles of the 101st Airborne Division Air Assault, the only Air Assault Division of the US Army. 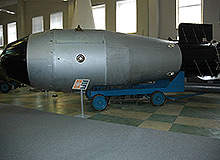 Located 60 miles north of Austin and 50 miles south of Waco, Fort Hood is spread across 214,968 acres of land in Bell and Coryell Counties. Fort Hood is the largest active duty armoured post in the United States and is the only post in the country that can support two full armoured divisions.

The base population of 227,000 includes more than 35,000 active duty members, approximately 68,000 family members, over 103,000 retirees, as well as 40,000 personnel, including army reserve, contractors and civilian/NAF/other employees.

Fort Hood was established to house tank destroyers and mobile anti-tank guns during World War II. The base now acts as a mobilisation station for Army Reserve and National Guard units and as a strategic power projection platform.

The installation serves a wide variety of tenant organisations and ensures the highest quality of life support for a diverse community of more than 200,000 troops, family members and retirees.

Fort Lewis (Joint Base Lewis – McChord) is situated in the Pacific Northwest on the Puget Sound, in the state of Washington. It began operations a Joint Base in January 2010 as a result of the consolidation of Fort Lewis and McChord Air Force bases.

The base population of 175,000 includes 40,000 active duty, National Guard and reserve members, 15,000 civilian employees and 120,000 personnel that includes family members, contractors, retirees and others. The base serves as a training and mobilisation centre for all military services.

The strategic location of the JBLM allows the air force units to conduct combat and humanitarian airlift to any location in the world with the C-17A Globemaster III, the most advanced cargo transport aircraft in the force.

Fort Benning occupies an area commonly known as the Tri-Community, in Columbus; Fort Benning, Georgia; and Phenix City, Alabama. The base was established in 1918. It is spread across an area of 182,000 acres. Known as Manoeuvre Centre of Excellence, Fort Benning is the home of the Armour and Infantry.

Fort Benning initially provided basic training for World War I units. The base was home to 4,000 officers and 95,000 enlisted people during World War II.