The Soviet Union of Russia (USSR) tested its first nuclear weapon RDS-1 in August 1949, starting the race for nuclear weapons with the US. The USSR detonated its largest nuclear weapon, Tsar Bomba, with a yield of 50 megatons (equivalent to the power of 3,800 Hiroshima bombs) in 1961. Nuclear arms testing reached its peak in 1962 with 79 tests held during the year.

The country’s current stockpile of deployed warheads stands at 1,600 and is to be limited to fewer than 1,550 under the New Strategic Arms Reduction Treaty (START), enforced in February 2011.

The country’s nuclear weapon inventory reached a peak of 31,225 in 1967. The nation currently has a stockpile of 6,185 nuclear warheads, including more than 1,750 deployed weapons and 4,435 non-deployed warheads.

France became a nuclear weapons state when it successfully launched its first nuclear weapon during an atmospheric nuclear test named Gerboise Bleue in February 1960. The nation concluded its nuclear testing with the last and 210th test in January 1996 in French Polynesia.

The French military held a peak inventory of 540 nuclear warheads during 1991-1992. France is the only NWS to shut-down and dismantle all its nuclear test sites. The nation now holds approximately 280 deployed nuclear warheads, making it the third-biggest stockpile in the world. The nuclear warheads of France are equipped onto SLBMs aboard Triomphant-Class SSBNs and ASMP medium-range air-to-ground missiles.

The People’s Republic of China tested its first nuclear weapon in October 1964 at the Lop Nur test site in the Gobi desert of Xinjiang province. A total of 45 tests, including 23 atmospheric and 22 underground, were conducted until the country signed the Comprehensive Test Ban Treaty (CTBT) in September 1996. 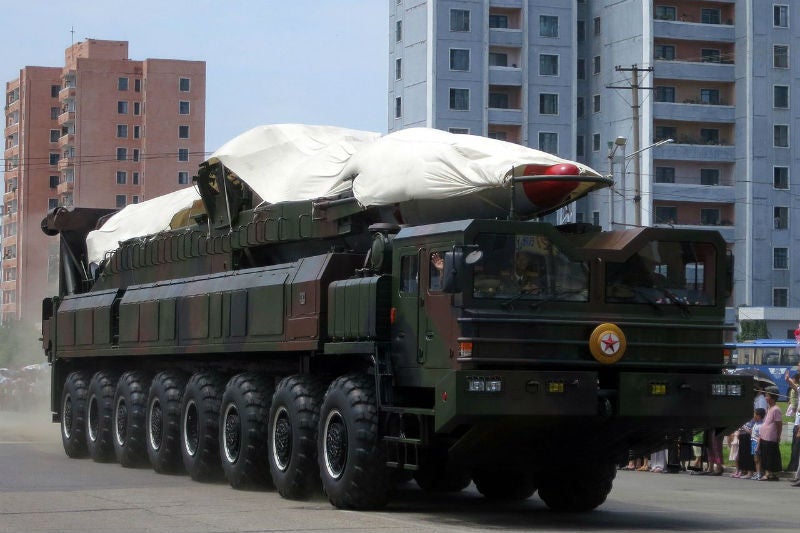 China maintained a peak stockpile of 435 warheads in the early 1990s and its inventory was dropped down to 200 by 2006. The nation is now estimated to hold about 2,90 warheads, but this is expected to increase as the country develops new ballistic weapons.

Chinese nuclear warheads can be launched by air, land and sea-based delivery systems.

The United Kingdom became the third nuclear-powered country when it tested its first nuclear weapon in October 1952. The nation conducted a total of 45 tests but participated in the US nuclear testing programme, amounting to more than 1,000 nuclear tests.

The UK’s inventory peaked at 350 nuclear warheads during 1976-1981 and was limited to 185 warheads by 1999. The current stockpile includes 200 nuclear warheads, including 120 operational and 80 non-deployed warheads.

Pakistan’s nuclear power was unveiled to the world in a series of nuclear tests conducted in May 1998, although the country initiated its nuclear weapons programme in the 1970s. Pakistan is the seventh country in the world with the capability to develop and produce nuclear arms.

Pakistan currently has 150 to 160 nuclear warheads, most of which are believed to be in central storage. The stockpile is expected to grow as the nation continues the development of new delivery systems such as submarine-launched ballistic missiles.

India became the sixth nation to develop nuclear weapons when it exploded a nuclear weapon during its first nuclear test in May 1974. The test, codenamed Smiling Buddha, was declared as a peaceful nuclear explosion by the Government of India.

India also conducted a series of underground explosions at the Pokhran test site in May 1998, announcing them as nuclear weapon tests. The nation’s stockpile is currently estimated to include between 130 and 140 nuclear warheads.

India is committed to the policy of no-first-use of nuclear weapons. The country retains the capability to launch nuclear weapons by land, air and sea-based delivery platforms.

Israel is believed to have initiated its nuclear programme in the 1950s, although it has not tested nuclear weapons publicly. The country exerts a policy of nuclear ambiguity concealing its nuclear status.

Israel is however thought to have produced enough plutonium for 100 to 200 warheads, but its current stockpile is anticipated to be only 80 to 90 warheads.

The Democratic People’s Republic of Korea (North Korea) exploded its first nuclear weapon in October 2006. The third and most recent nuclear test was conducted in February 2013.

North Korea is believed to have plutonium and uranium stockpiles to produce 12 to 27 nuclear weapons, according to a mid-range estimate by the Institute for Science and International Security. The current stockpile is anticipated to be between 20 and 30 nuclear warheads.

The nuclear weapon delivery capabilities of North Korea are unknown, however, the Defence Intelligence Agency assesses that the nation is advancing to deliver nuclear warheads by ballistic missiles.