Science Applications International Corporation (SAIC) has reported a total revenue growth of 6% in the first quarter of 2023.

The company’s revenue totalled $2.0bn in the first quarter that ended on 29 April 2022. It represents a growth of approximately 4%, excluding acquired revenues.

The increase was attributed to the company’s move to step up current and new contracts, and also the acquisition of Halfaker to expand its digital transformation portfolio.

SAIC also increased its full year revenue guidance by setting the range at $7.43bn to $7.55bn. 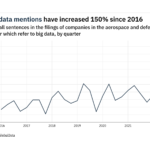 Filings
Filings buzz in the aerospace and defence sector: 200% increase in big data mentions in Q2 of 2022 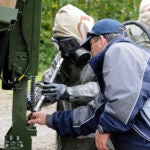 Net income attributable to common stockholders decreased from $81m in the first quarter of the previous year, to $73m in the current fiscal year.

The company’s operating income as a percentage of revenue also declined when compared to the previous year, owing to several factors including higher indirect costs.

Adjusted earnings before interest, taxes, depreciation, and amortisation (EBITDA) as a percentage of revenues came down to 8.7%, from 9.8% in the same period last year.

SAIC CEO Nazzic Keene said: “Our results over the past several quarters speak to the progress we have made in executing our strategy to drive profitable, sustained growth.

“We will remain focused on strong execution, disciplined capital allocation, and building upon our strong culture.”

SAIC’s net bookings for the first quarter reflected a book-to-bill ratio of 1.0. Its backlog at the end of the quarter was over $24.1bn, of which $3.2bn was funded.

During the quarter, the company won recompete contracts that included a $390m task order to support the US Space Force with its modernised GPS programme, and a contract worth $337m awarded by space and intelligence community organisations.

The company also announced its decision to increase the existing stock repurchase authorisation of its common stock. This increased the repurchase programme by eight million shares.

Due to lower net earnings and timings of customer collections and vendor disbursements, free cash flow for the first quarter dropped by $51m.

On the other hand, SAIC made mandatory debt repayments of $59m in the first quarter.