AMZ-KUTNO is a leading manufacturer of military and civil special purpose vehicles. To meet the most demanding customer’s needs, the company employs over 400 highly qualified staff with vast experience in the development and design of devices and systems compliant with strict military standards.

AMZ-KUTNO is a privately-owned enterprise with high growth-potential, offering a wide range of services and products in accordance with professional quality-management systems.

Our TUR light armoured vehicle was procured to provide better protection for soldiers during missions. This vehicle has great cross-country mobility and is based on the SCAM chassis.

It offers protection against infantry fire and artillery splinters (armouring against level 2 STANAG 4569 and optional level 3 STANAG 4569). A V-shaped deflector on the underbody deflects the explosion pressure of a mine round the bodywork and even offers the crew inside protection against 6kg TNT mines (STANAG 2a and 2b 4569 norm).

The TUR light armoured vehicle can accommodate five soldiers and is equipped with air conditioning, heating, a run-flat tyre system, ABS, a reversing camera, a GPS navigation system and radio. The roof-mounted gun can be operated from inside the armour and the mount can be used for a machine gun. The IVECO engine provides 166hp and can power the 6,200kg weight vehicle to a speed of 110km/h.

The DZIK 3 multipurpose armoured vehicle has all-around armour, bulletproof windows, puncture-proof tires and smoke launchers. It contains 12 firing ports, which allow Iraqi Army soldiers to provide 360° security without having to leave the vehicle.

Each port also has an up-armoured hatch to close the port when it is not in use. Small, bulletproof windows above each port enhance visibility, and the DZIK 3 can accommodate 11 soldiers with equipment.

The third generation of DZIK multipurpose armoured vehicles was introduced after signing the contract for 600 vehicles with the Iraqi government. The vehicle is today used by the Iraqi Army and works flawlessly in the very hard environmental conditions it faces.

AMZ-KUTNO has twice been awarded the Defender prize for best product at the International Defence Industry Exhibition in Kielce: in 2006 for the DZIK vehicles family, and in 2007 for the light armoured patrol vehicle.

We were also awarded the Diamond 2007 prize in the Forbes rankings of medium and small companies in Poland. 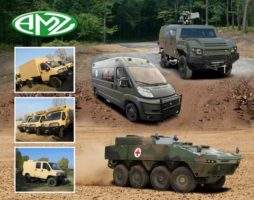 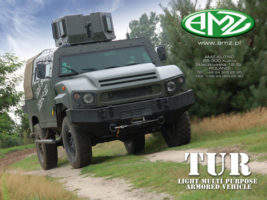 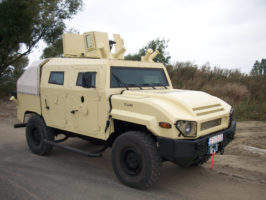 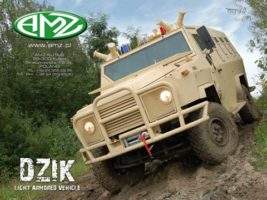 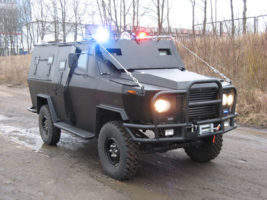 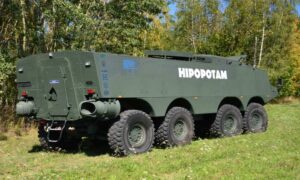 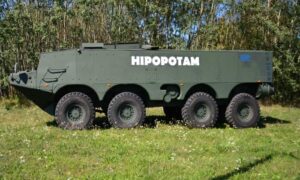 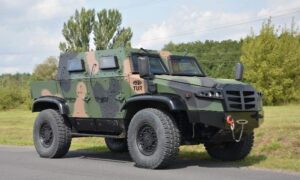 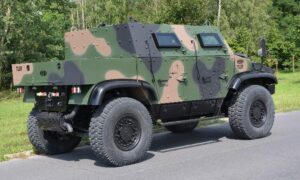 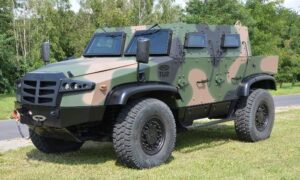 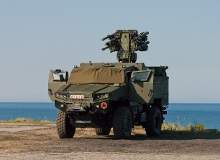