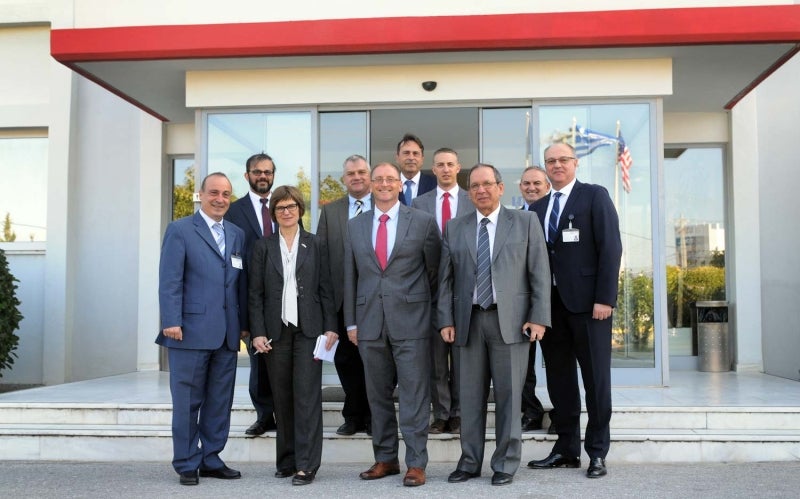 Μs. Ann Cataldo, Deputy Assistant Secretary of the Army for Defense Exports and Cooperation, accompanied by officials from the Embassy and the Office of Defense Cooperation (ODC) of USA in Greece, visited INTRACOM Defense Electronics (IDE) premises on Tuesday 3 October.

Ms. Cataldo was welcomed by Mr. George Troullinos, CEO, along with high executives of IDE and was briefed about IDE’s capabilities, development programmes, the cooperation developed between IDE and US defence companies and the prospects of expanding the cooperations. Ms. Cataldo was toured to the company’s production lines and also had the opportunity to attend a live demonstration of tactical communications products and hybrid energy systems for military vehicles developed by IDE.

After the completion of the visit Ms. Cataldo stated that she greatly appreciated the tour of the facility and that she looks forward to future engagements with Greek defence industry to support the two countries’ mutual defence needs.